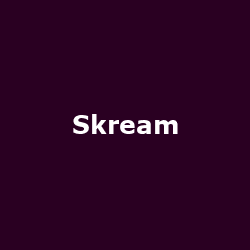 This year, Easter is starting a bit later than usual, although in the world of nightlife and clubbing, the weekend itself seems to get longer with Maundy Thursday getting a sniff of the action, well into the early hours.

Our Easter clubbing guide is jam-packed with ideas from Thursday 21st to Sunday 24th April, cunningly split into two sections for each day - London and Regional including Scotland. All prices quoted are exclusive of additional booking fees and many of the events start from 9pm until the early hours.

It's time for some full-on electro/techno at Vauxhall's Fire venue, courtesy of Bugged Out! Not only will you get an 8-hour set of fine quality dance for £10 - £12, but you get all of those hours with award-winning Trash-resident Erol Alkan. A great way to get the weekend started.

The Made In Japan Benefit is not your average club-night, especially with some of Warp's roster on the line-up - this is a benefit concert for Japan's Red Cross and stars Squarepusher playing a live jam session as well as sets from LFO and F**k Buttons. There's an exclusive Autechre download for everyone who books a ticket, priced at £20.

It almost seems like sacrilege not to feature this party-pairing in an Easter clubbing write-up, so thank the Warehouse Project in Manchester for pairing them up with fellow Belgians Aeroplane and Mixhell, for a night of nu-disco and electro-beats. Tickets cost £20 but are selling fast. The Warehouse is also staging a Good Friday dubstep/d 'n' b night with Skream and Andy C (sold out).

The premier female Radio 1 DJ is back in Brighton for a full-on Easter session at the city's Digital venue. Billed under the Blah Blah Blah banner, you can expect plenty of guest-DJs and all for the princely sum of £10.

There's no denying that Ministry Of Sound have booked some classic names for the Bank Holiday this year - here you've got the enigmatic party-animal Eddie Halliwell, backed up by full DJ support plus an appearance from upcoming tech-house favourites Mason. £13 admission.

You love Pacha right? Of course you do, especially when they put on a night called 'I Love Pacha', featuring several acclaimed DJs such as Read The Crowd and Tim Cullen, as well as the usual Pacha excess and a fashion show! Tickets cost £10.

From Manchester With Love [club night]

Here is another huge Japan fundraiser, celebrated by the very people who have benefitted already from that country's technological advances. Basement Jaxx, Delphic, Peter Hook, 808 State and Justin Robertson will kick off this important night on Good Friday at Sankeys at 10pm till 5am.

Cardiff club-night Enter The Dragon will host its own 10-year anniversary celebration at the Millenium Music Hall, starring just about the biggest DJ of 20 years or so, Paul Oakenfold. Needless to say, with tickets costing just £10, demand will be very high - and the party continues right into the next day as well with trance classics all the way.

The world-famous Ministry of Sound club will host an electro-breaks party under the title "We Love" on Saturday, featuring SMD and Hot Chip - DJ Set, plus many more across several rooms. Expect an eclectic mix of classic electro-breaks throughout - tickets cost £15.

Easter at the Farringdon club will feature resident Craig Richards plus special guests in the shape of Slam playing a live set and Andrew Weatherall, fresh from his stint as Primal Scream's support during their Screamadelica tour. Tickets are £18.

Manchester's Warehouse Project continues its enviable Easter programme with the sounds of techno-wizard Laurent Garnier on Easter Saturday, celebrating 20 years of his Planet E label. Reason enough to see the French house DJ, as is the price - £17.50.

Glasgow's Arches will host this Bedrock-branded extravaganza, starring John Digweed plus guests to be announced. Although this is Bedrock's first event in Scotland since 2005, it isn't Digweed's - he was here in 2009 for the Streetrave Birthday Party. Tickets are sure to fly for this Colours event - £15.

The biggest name in drum n bass right now has declared that it's time to 'Reclaim The Dancefloor' with this special Easter Sunday roll-out, starring Sub Focus, Breakage and DJ Redlight in amongst the madness at Ministry Of Sound. Tickets cost just £10, which means they'll be gone pretty sharpish.

As traditionally 'Easter' as bunnies, chicks and chocolate is the London label's bash at the Heaven venue, under the arches near Charing Cross. Delphic, Aeroplane and Punks Jump Up all feature amongst the happy throng in collaboration with Ponystep Magazine. Tickets are £14.50.

How about this for a real coup for Newcastle this weekend? Joey Negro is the undisputed king of disco-house and has been at the top of his game for some time. The Cut presents a 3-hour set from the man himself, plus support and a second room. £10 for tickets - you can bet this will sell out fast!

Can't afford to leave Britain for sunnier climes? Never fear, Space Ibiza is coming to the North East with special guest Sebastien Leger at the helm, alongside SI's DJ of the year, Camilo Franco. Tickets will sell fast at just £10 for the advance option.

The euphoric sounds of the Dutch number one will be heard for miles around the Braehead Arena in Glasgow on Easter Sunday. There will be the usual high-end selection of trance and techno floor-fillers, an all-out laser-show and support DJs. This IS the big one - £30. Van Buuren also plays Brixton Academy on Easter Saturday - £35.

There are still Early Bird tickets available for this night of smooth, soulful and downright funky urban sounds from the Radio 1 legend. He's won a few awards along the way, just to drive home how tight behind the decks this man is. Those Early Birds won't last long - £16.50 is the asking price for this Gatecrasher party in Birmingham.