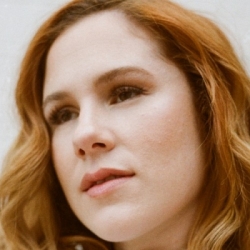 To say this week is a packed programme is an understatement - it's jammed to the top of the box! Big established names (Deep Purple, Liza Minnelli, Snoop Dogg) rub shoulders with new or young contenders (Katy B, James Blake, The Blackout), although all pale into insignificance when it comes to the late and great John Barry, the man who gave us beautiful and inspiring music, particularly the James Bond theme-songs and classic '60s/'70s film music. His memorial concert will be a must-go-to show.

What a last few months it's been for this young lady! 3 Top 10 hits, a number 2 album, a collaboration with Magnetic Man, the adoring fans...Her second full tour will start in Ipswich (8th Oct) and covers the usual big towns until she reaches Plymouth on 2nd Nov. Tickets are priced £14.50 - £16.50.

In order to be prepared for a festival appearance or six, you need a bit of a warm-up and the Aussie drum n breaks outfit have chosen the hedonism of Tyneside for theirs on 9th June. You know what to expect - fist-pumping rock 'n' bass from a near-global band, playing in Newcastle. Tickets are £22.50.

Armed with new material, older classics and a 38-piece orchestra, rock/metal supremos Deep Purple inc. Ian Gillan will return for an arena tour of the UK during November for what sounds like a mammoth set of concerts. Glasgow, Birmingham, Manchester and London all feature and tickets are £45 - £50.

The American singing sensation who hit big in 2006 on America's Got Talent is already supporting JLS and Olly Murs during their open-air dates - now she's headlining her own in London, Birmingham and Manchester from the tail-end of June onwards. Tickets are priced at £12.50 - £14.50.

Normally associated with strumming and singing with the successful pop-punk outfit, The Gaslight Anthem, Fallon has fallen in with more good company in the shape of roots-folk ensemble The Reality, who collectively hit the UK roads from 27th Sep (Bristol) till 17th Oct (Portsmouth). Tickets are £15 to £17.50.

The urban singer's Loud tour has fallen a long way short, tickets-wise, in the US but here in the UK, fans of Rihanna just cannot get enough. She's added another O2 Arena show to the long line of dates already confirmed (and sold out). This one is for 20th December and tickets range from £40 to £55.

With all of the hype and hoo-hah dying down a little, James Blake can safely leave his house and play gigs in the flesh. His recent self-titled album is certainly unique and absorbing - so check his new tour out, starting in Newcastle on 4th June and ending (at present) in Cardiff on 16th June. £10 - £11.

The sad passing of soundtrack composer John Barry will finally be marked by a memorial concert at the Royal Albert Hall on 20th June, spearheaded by Shirley Bassey and Rumer plus tributes from Sir George Martin, Michael Parkinson and Michael Caine, with music from the Royal Philharmonic Orchestra.

The lauded American singer returns to the UK with a quartet of large-venue concerts in support of his "Straight To You" tour. He plays the 'big four' - London (11th Oct), Birmingham (12th), Manchester (14th) and Glasgow (16th) and tickets will cost from £35 to £40.

The Canadian singer-songwriter has had more acclaim thrown at him than most Olympic athletes, but Sexsmith still remains largely unknown in the UK. Help end this travesty by attending his new Cambridge gig on 28th June (as well as the Barbican on 30th Apr and Leamington on 17th June).

The 'Gin & Juice' rapper is already booked to appear at Lovebox during July, but for those that can't face a whole festival, check this. On 17th May, Dogg will perform in Kentish Town and he's also playing Manchester on 15th July (still on sale). Expect old and new material, including "Doggumentary" (out last month). London tickets will cost £35.

There's confidence for you - Welsh rockers The Blackout have earmarked a headlining UK tour several months after performing at Hit The Deck, Hub and Reading! Bookended by Bristol (27th Oct) and London's Roundhouse (6th Nov), tickets will cost from £15.


The Sisters Of Mercy

The '80s goth-legends are set to play their first London date since 2009, which sold out. This new Roundhouse concert is all set for 13th November. Meanwhile, the 30th anniversary celebrations continue long beforehand in Glasgow on 7th July (tickets are on sale now at £25). Expect a detailed autopsy of their finest moments from 30 years of music.

The boys are back with their long-awaited new album "This Modern Glitch", due out on 25th April. Of course, by the autumn most of you will have it downloaded and you'll be bouncing around to the new songs - and heading to their UK tour from Cardiff (21st Sep) to Manchester (8th Oct) - £16 - £18.50.

He's sat in the 'golden chair' for U2's "Joshua Tree", composed the sweetest ambient music with Brian Eno and written some top music for his solo releases. Catch this unsung legend at the Jazz cafe on 31st July and 1st Aug - tickets go on sale 10am.


Between the Buried and Me

The Kenwood House concerts series for 2011 has been given a huge boost (not that it really needed it, you understand) in the shape of the showbiz-legend, Liza Minnelli. In addition to her UK tour-dates, this open-air show is an extra treat for fans in the south-east and takes place on 1st July.

An exclusive Eventim pre-sale appeared on this very site on Thursday morning for the US rock-band Chicago's much-anticipated Hammersmith concert on 6th July. The show is part of a larger European tour and tickets cost from £39 to £45.

As the band name suggests, they're a band of musicians drawn from the late Ronnie James Dio's successful metal outfit, plus friends and a show that will feature plenty of classics from the great man's career. Five key concerts will take place in June, priced from £18.50 to £21.50.

Who remembers the baggy '90s classics "Groovy Train" and "All Together Now"? Yes, Liverpool's The Farm scored those two big hits around 20 years ago and, although they continued for a few years more, they split in '96. They've reformed for a few shows this year, including this singular homecoming Christmas show on 10th Dec.