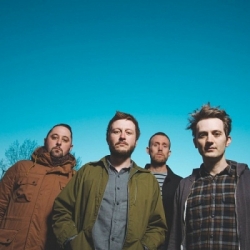 Few modern cities epitomise the successful marriage of art and music as well as Manchester does.

Peter Saville's artwork for Joy Division's Unknown Pleasures, his role at the heart of Factory Records and New Order's creative legacy. John Squire's artwork for The Stone Roses and his subsequent emergence as a contemporary artist of some note. Central Station's era-defining covers for The Happy Mondays. Ben Kelly's designs for the Haçienda. The iconic imagery deployed by the Inspiral Carpets and James to conquer the merchandising market, and the highly influential crossover into fashion. Even now, another famous son, Liam Gallagher, splits his time between his band and his clothing label.

Of course, the city has a rich history in both spheres, irrespective of any overlap (LS Lowry, anyone?). Although far from being alone in its influence, Manchester has found itself at the forefront of cultural change for more often than most UK cities and, most commonly, it has been led by a creative individual of vision and talent; a Lowry, a Tony Wilson, a Marr, a Brown.

The Manchester arts festival FutureEverything explores the influence and promise of the creative industries - most specifically music and art - and returns in May. In its sixteenth year, FutureEverything is the essential place to find out what's on the horizon in art, music and creative new technologies.

The music strand combines an eclectic mix of musical pioneers and established artists with ground-breaking new talent. There will be gigs across the city from 11th-14th May and a festival-long music hub at the Umbro Design Space in Manchester's Northern Quarter.

On 11th May, the Ruby Lounge hosts Gang Gang Dance and Highlife and The Radio Dept are at The Deaf Institute. The next night sees Steve Reich and the RNCM Chamber Ensemble at the Royal Northern College of Music, Beach House at the Academy while Fucked Up and The Black Heart Procession head bills at Islington Mill and St Philips Church respectively.

But, FutureEverything is an exciting, bustling and hectic place to be and there's a lot going on. Check below for the full music schedule and tickets, and the official website (www.futureeverything.org) for all other goings-on.

Tickets range from just £7 up to £30 for the individual gigs, with full festival passes costing £180 (concessions, including students, £90). Day passes are available at £120.