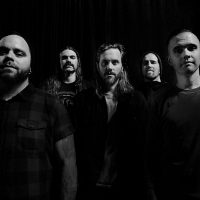 It shows how quiet things are this week when a comedian-cum-banjo player tops the bill of our new on-sale tickets round-up. But he's no ordinary comic - this is Steve Martin and he's got some bluegrass to pick with you (plus some gags of course) on his UK visit in the summer.

It's also a week of reunions and break-ups - take a bow The Music (bye-bye), The Farm (hello again) and Omid Djalili (where've you been?) [partying with David Soul, Nigel Mansell and John Prescott - Ed].

The award-winning comedy legend Martin returns to the UK in July with his backing band The Steep Canyon Rangers, for a show of music and probably the odd gag or two. No doubt the new album "Rare Bird Alert" will dabble with bluegrass and banjo-plucking, as well as the usual quality Martin quips here and there. Hammersmith (8th), Manchester (9th) and Glasgow (10th) cost £28.50 - £32.50.

The US pop/urban singer is hitting up the UK in July, with three dates confirmed in Birmingham (3rd), Manchester (11th) and Hammersmith (13th). Her Get Sleazy Tour for the recent album "Cannibal" will set you back £22.50 (or £25 for the London date).

Whilst Supergrass have been laid to rest indefinitely, Gaz Coombs and co. continue to whoop it up, covers-style, with their Hot Rats project. Bowie, Roxy and Beastie Boys feature in the set-lists so expect more of the same in Hatfield (29th June) and Bristol (30th) - they will also appear on the bill with Foo Fighters on 3rd July in Milton Keynes.

The Devon-based electronic group have aptly dubbed their new album "The English Riviera", due out next week. The band head out on tour during the autumn, starting in Southampton on 20th September and ending in Bristol on 28th. Tickets are £11 - don't forget the band are also touring from next Thursday!

Belfast's ever-growing August city music festival continues this year with headliners including Plan B, Dizzee Rascal, Elbow, The Specials, Primal Scream and top support, between the 17th and 27th of the month. The latter three acts' shows go on sale for between £29 and £33, depending on the artist.

The two rescheduled St Albans gigs on 29th and 30th November are the Iranian's first headliners of note for 3 years and should signify new material. Original tickets will be valid, although a few extras for each night will be made available.

The acclaimed and successful Irish all-female ensemble have been merging girl-power with traditional Celtic rhythms and arrangements for a good few years - they have announced a short UK tour in September, starting in Glasgow on the 16th and ending in London on 20th.

The silky-voiced Scottish singer has announced a string of home-land dates across the region - Troon, Oban, Inverness and Glasgow all feature during the November jaunt. Because most of the venues are smaller than average, spaces will be limited. Tickets will cost £23.50 and go on sale at 10am. She's currently on tour in the UK (many sold out).

Another new town has been added to the ongoing Dirty Dancing tour which will now run into next year, this time in Sunderland. The Empire Theatre will host a three-week run for the popular show from 18th September to 6th October 2012.

In 2003, Australia's version of Pop Idol acclaimed Guy Sebastian as winner of the TV talent contest - surprisingly, this is first headlining visit to the UK and his tour starts in Leeds on 10th July and finishes in Shepherd's Bush on 15th. Tickets cost £15 - £17.50.

Zach Condon and his merry band of alt-Balkan-cum-folk musicians return with a new album and a couple of UK dates, starting with Manchester on 6th September and Brixton on the 16th. £16 - £18 for tickets - they also support Arcade Fire at Hyde Park on 30th June (£48.50).

Germanic EBM star Sascha Konietzko returns to London for a one-off (so far) show during the autumn. With another uncompromising album entitled "WTF?" due for release sometime during 2011, you can expect new hardbeat/techno material on 13th November at the Islington Academy.

The Canadian pop-punk quintet have lined up a new album (their fourth) for June, plus an exclusive London show at Islington's Garage on the 8th. This is their first UK headline show since 2008, so you can bet that demand will be high.

After clocking a modest amount of success with songs such as "Breakin'" and "The People", Leeds-based alt-rockers The Music are going to call it a day after their final shows in Shepherd's Bush and Leeds on 4th and 5th August respectively. It'll be emotional and in demand - tickets will cost £20.

London's Cadogan Hall is the historic setting for this historic boogie-woogie blues and rock maestro and previous collaborator with Elton John and T-Bone Burnett. You can witness five decades of experience on 27th June in a special exclusive London concert, priced at £29.50. He also plays Glasgow on 1st July (on sale now).

What do you do when you're tired of slapping gloss onto door-frames and whizzing about in a white van all day? You form a talented vocal-harmony group, dedicated to recreating the sounds of the '50s. Catch them on tour in October from Coventry to Ipswich - tickets cost £19.50.

The fact that Philly singer and musician Amos Lee has issued music on the Blue Note label, should inspire you to consider seeing this man - he's all about quality soul-soaked folk and pop. He plays Shepherd's Bush on 21st January 2012 and tickets will cost £18.50.

Don't know your dahlias from your dill? Can't grow anything but mould on your window sill? Wondering why your marrows look like spuds? This touring version of the popular radio show is made for you - from Basingstoke to Brighton during October/November - from £21.50.

The zany comedian who never seems to slow down has added another O2 date to his fast-selling Roadrunner UK tour, this time for 11th October. As with the other shows, this one costs £30.

Other tickets on sale Friday include a new Perth gig for award-winning comic Russell Kane (19th March 2012), a homecoming evening for '80s pop-duo China Crisis (1st May), a new Manchester show for US rockers Between The Buried And Me (6th May) and, in the same city, a cathedral date for singer Isobel Campbell (14th July).

Disney On Ice: Worlds of Fantasy

The ongoing Disney On Ice brand continues with even more adventures with your favourite characters choreographed in ice-bound unison. Five venues have been confirmed for this autumn tour, starting with Newcastle (4th to 9th October) and ending up in Nottingham (17th to 20th November). Tickets for all towns go on sale Monday 11th April at 10am.

The Welsh National Opera has announced two more cities for three of its presentations, including Katya Kabanova, Don Giovanni and The Barber of Seville. Liverpool's Empire will host the trio from 12th - 15th Oct, while Oxford's New Theatre plays host 22nd - 26th Nov. All performances go on sale Monday 11th April at 10am.

All together now - who wants to see the baggy hit-makers The Farm play in their home city? Liverpool's Academy will present a Christmas reformation show on 10th December, with the band performing their big tunes. Get on the groovy train on Wednesday 13th April at 9am - tickets cost £16.

The flamboyant US singer will making more of a 'Beautiful Noise' with a further date added to his O2 shows, this time on 13th July. Tickets for this new show cost from £55 to £75, while his previously announced dates around the UK continue to sell steadily at similar prices - the O2 show on the 9th has now sold out though.

The baritone crooner will showcase his recent 5-star album "A Solitary Man" at West London's Bush Hall on 31st May, a gig that may kickstart some interest in the man's undoubted vocal talents. Tickets are just £8.50 and demand is sure to be high.

There's no denying the importance of this duo's "Genius Of Love", just ask the few dozen hip-hop stars that have filched it over the past few decades. The ex-Talking Heads pair will play a three-night residency at the Jazz Cafe from 15th to 17th July, as well as Cardiff and Glasgow.