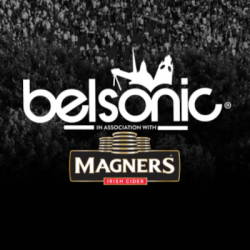 Northern Ireland's capital-city will come alive to the sound of music later in the summer, with the announcement of more acts confirmed for the Belsonic 2011 Festival. The gathering takes place during the final two weeks of August and already has Dizzee Rascal performing on the 17th and Plan B on the 25th. Now the line-up has been boosted by three more heavyweights...

Pick of the crop has to be Elbow who will appear with special guests on Wednesday 24th. 2011 appears to be another great year in progress for the Bury boys, despite being held off the top spot of the album chart by Adele last month. "Build a Rocket Boys!" is certainly a quality collection of songs and you now have the chance to hear them at the Custom House Square venue. Tickets cost £33.

Primal Scream will be wheeling out their classic "Screamadelica" album on the 19th. Now 20 years old, the songs will include "Loaded" and "Come Together" and tickets will set you back £29. On the 27th you can head even further back in time with some full-on 2-Tone action from The Specials. "Ghost Town" and "Rat Race" are bound to feature and tickets cost £33 and, along with Elbow and Primal Scream, will go on sale Friday at 9am.

Special guests have been announced for the earlier artists - Dizzee Rascal will have upcoming grime-rapper Wretch 32 joining him, while Plan B (who is allegedly set to appear in a remake of The Sweeney alongside Ray Winstone - shut it!) will keep it alphabetically generic with Katy B. Both of these gigs will cost £31.50 and are available now.

We'll keep you posted on any further additions - why not 'like' us on Facebook at www.facebook.com/allgigs to keep informed?