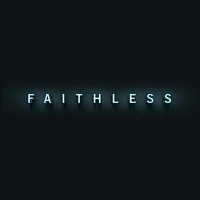 All good things come to an end, as they say, and Faithless' 16-year career, at the very top of their game, are set to call time on live appearances on 8th April 2011 when they play their final gig at the Brixton Academy (the second of two nights at the venue, the other being the night before, as well as a final Scottish night in Glasgow on the 4th).

Now any fool knows that tickets ran out pretty sharp-ish and that there are still a fair chunk of fans around Europe, desperate to be a part of the last dance, so to speak. Guess what? You can...

Dozens of cinemas in the UK and Ireland will be screening the show live on 8th April, in what is a typically flamboyant gesture by the band. Most of the showings will be at Vue or Cineworld cinemas, as well as a few Showcase and Picturehouse branches from Aberdeen to York, Birmingham to Manchester, Plymouth to Portsmouth and less obvious venues such as Cheshire Oaks, Hamilton, Henley, Didsbury and Thanet. Tickets for the UK screenings will go on sale on Friday 1st April at 10am and will cost £12.50, and since cinemas aren't massive will be limited in number!

Please note: There is a certificate warning with this presentation of 15. Screenings start at 10.30pm sharp!

Will they ever return? Never say never, but whatever happens, Faithless have left an incredible legacy in the annals of British music, not just the club-scene. Don't miss out!