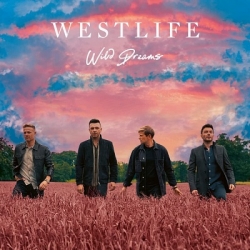 The odds on Westlife still selling out venues some twelve years after their conception, might have been in the betting-agent's favour a few years back. But the boys continue to reel-in the audiences, as demonstrated on their latest upcoming Gravity Tour, due to continue at pretty-much-sold-out Capital FM Arena in Nottingham, tonight.

If you still want to go to any of the remaining concerts right up until Dublin on 8th April, then you'd best be quick as they're selling fast (around £40 - £45). However, you might fancy this idea: an open-air Westlife concert surrounded by sumptuous green surroundings and a good old dose of English countryside nearby. Yes, we thought you might...

Westlife will be playing two concerts in July at Thetford Forest (15th) and Westonbirt, Gloucester (16th) as part of the ever-expanding Forestry Commission Live Music season. Tickets go on sale this coming Friday at 9am and will cost £37.50, cheaper than their tour!

Both acts will no doubt rummage through their back catalogue, as well as offer up renditions of songs from the recent album "Gravity".