Let's get together and be as one - Busta Rhymes, Shaggy, Sean Paul to honour Marley at One Love Peace Festival 2011 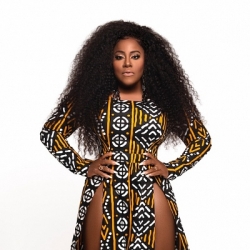 Some key names from the world of reggae and urban sounds, past, present and future, are set to come together for a day-long celebration of Bob Marley, thirty years after his untimely death in 1981.

The One Love Peace Festival will take place at the Wembley Arena on 31st July and features three big headlining names in the form of Shaggy, Busta Rhymes and Sean Paul, as well as a string of old and new artists all set to feature a bit of Marley loving. The idea for the festival has come from Marley's son Ky-Mani and will (hopefully) encompass the same spirit displayed at the Jamaican event of the same name, initially held back in 1978.

The leading trio have been synonymous with huge hits - Shaggy is most famous for "Oh Carolina" and "It Wasn't Me", while Mr Rhymes has blazed a trail with urban behemoths "Woo Hah! Got You All In Check" and "Fire It Up!". Sean Paul has more recently notched up a swath of biggies including "Gimme The Light", "Ever Blazin'" and "Like Glue", making this a fairly credible line-up. But there's more...

Names from the archives include reggae stars Aswad, Wayne Wade, The Abyssinians and Trinity, while the young pretenders include upcoming starlets Princess Nyah and Etana, as well as Natty King and Ky-Mani Marley himself.

Please note that this is not to be confused with the Hainault event later in the summer, the One Love Festival (despite its similarity in genre - and ethos!).