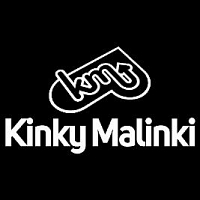 The North West is often revered as the party-region of the UK (normally by the locals!) and judging by Liverpool's club and dance line-up for the next few weeks, it could well be a valid claim. A few legends have been confirmed for a string of special nights - it's time to focus on the music-capital of Merseyside - Liverpool!

If full-on kinky-house gets you hot and loved-up, head to Liverpool's Reform for a night of unique clubbing and live performances. Usual Kinky resident DJs Billie Clements and Chris Wright will support the silky skills of Anton Powers, local DJ hero. Admission for the Saturday 12th March party is just £5 for Advance Discount tickets.

This year marks the 20th-anniversary of the influential techno and electronic label, Planet E. Founded by Detroit producer Carl Craig in 1991, the label has released a brace of landmark 12" including many by Craig himself including 69's "Sound On Sound", Paperclip People's "Throw" and his own "Just Another Day". Craig will appear with other DJs (Yousef, Dennis Ferrer) at The Masque on Saturday 19th March - tickets are £18.

The Masque venue will host a packed night featuring some top names and innovators from the world of dubstep and jungle on Friday 25th March, including Kenny Ken, Sigma and Modestep plus many more TBC. Ken will be involved in some serious b2b action with Crissy Criss (1xtra) and tickets cost £14.

It's time to get acquainted with the G-Bar way of life once again with a huge gathering entitled "Reunion" at the aforementioned bar in question on Saturday 26th March. DJs include John Cotton, Isobel Pearson and Matt Healey with a trance-classics set. Que Jump tickets are still available for £7.

One of the biggest DJ-ing names to come out of South America comes to the Liverpool Anglican Cathedral as part of a very special album launch on Saturday 2nd April. He will be joined by Danny Howells for a collaborative event with Freeze nightclub, featuring a run-through of the Dig Deeper

If taking things easy appeals to you, rather than caning it, 'avin it or largin' it, try out the Deep Vibes night being offered at Studio 2 on Sunday 10th April. Rather than your usual dull bar gathering with Cafe Del Mar cast-offs being piped through the speakers, this is a proper community get-together reminiscent of Fuse or mUmU nights. And get this - it's FREE!!

It's back to full-on duty now with a superb night planned at The New Picket on Saturday 16th April. Seb Fontaine (Cream) will head up a long list of performing DJs at Chemikal. This all-nighter has Advance Early Bird Tickets available for just £7 for a limited period. Ashley Moran and Jon Aze also feature.

On Sunday 29th May, the Bank Holiday will reverberate to the sounds of the second Cream reunion at Nation in the city. A special guest has yet to be announced, however trance-house specialist Oliver Lieb is set to bring in some classic anthems, possibly including his own L.S.G.-produced chestnuts such as "Netherworld" and his Platipus output. Trance-artist Jan Johnston is also on the bill performing a live set. Advance tickets are available for £12.50 (these are limited though).

You can check what else is happening in the Liverpool area by clicking the Clubbing links to the right.