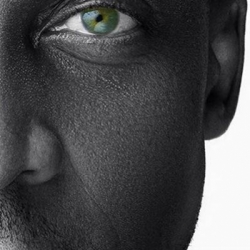 Who's up for euphoria in the UK? Surely Enrique's fans will not turn this offer down, as the Latin pop singer, son of Julio, returns to the land for a series of three arena shows in June 2011 that will see him get all sensual and provoke his female (and male) fans' euphoria, in Nottingham on the 8th , Cardiff on the 10th and Glasgow on the 11th.

The pop star has proved very prolific over the past fifteen years, releasing no less than nine studio albums worldwide, four in Spanish, four English and his latest, 'Euphoria', released in July 2010, which features songs in both languages, off which five singles (including 'I Like It' , 'Heartbeat' and ' Tonight (I'm Loving You)') were released between April and November 2010.

The Latin schmoozer will be supported by national soulster, Lemar on all three dates. Lemar, last year, ranked second in a poll for 'Most Influential Black Britons' and whose fifth studio album (a follow-up to 'The Reason', released in 2008) should see the light later on this year. Until then, his Hits compilation (released in March last year) should keep you waiting patiently.