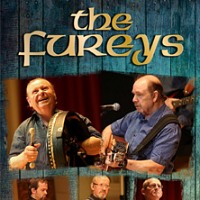 The legendary American singer/ songwriter Bob Dylan is to return to London this summer for an exclusive performance at the inaugural London Fèis Festival which will take place at the Capital's Finsbury Park on the weekend of 18th and 19th June.

London Fèis 2011 is a new festival launched by Vince Power, the main man behind the renowned Reading and Leeds festivals and currently the Hop Farm Festival's main man. The aim of this festival is to celebrate 21 years of the best Irish and International music, replacing the annual London Fleadh festival which was last staged in 2004, also in Finsbury Park.

The London Feis will be the second successive year that Bob has played one of Vince's festivals, with him headlining last year's Hop Farm festival. The festival will feature three stages, with many more acts to be announced.

If you want to catch the legend that is Bob Dylan in action, tickets are on now on sale priced at £70 each (plus booking fee), with children under 12 going free! Bob last toured the UK in 2009, so with no news of any other UK dates for the man, this may be your best chance to see him in action!

Van the man will take to the stage on Sunday night to close the 2011 festival, with other acts appearing across the weekend including: Christy Moore, Imelda May, The Waterboys, Shane MacGowan, The Cranberries, Nanci Griffith, The Undertones, The Fureys, The Saw Doctors. More to be announced!

Sunday tickets cost £60, with tickets for the whole weekend costing £120 - saving you £10 on both day tickets.