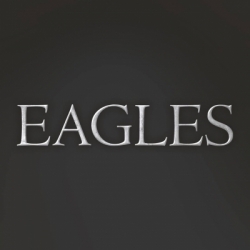 So it's Chapter Four for Kent-based two-day music festival, The Hop Farm, which will take place on the first weekend of July from Friday 1st to Saturday 2nd.

Continuing in its tradition of programming pillars of contemporary music, from Neil Young to Bob Dylan, Paul Weller to Van Morrison, Blondie to Ray Davies, this year's edition will be graced with the likes of The Eagles, Bryan Ferry and Brandon Flowers on the Friday, and Morrissey, Lou Reed, Iggy and the Stooges (will be a treat if the latter two take to the stage together!) and Patti Smith on the Saturday. Other mighty performers include 10cc, The Human League, Death Cab for Cutie and Ocean Colour Scene on day one , as well as dreadlocked nu-folk wiz Newton Faulkner, Noisettes, Gang of Four, plus 2009 Benicàssim Fasttrack winner The Paris Riots.

Tickets are on sale now, priced at £70 for day passes or £130 for weekend passes, plus £25 for day camping (add another fiver for weekend camping).