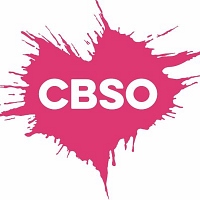 The typically droll headline refers to the BAFTA and Academy award-winning film, The Silence of the Lambs, in which esteemed and revered Welsh actor Sir Anthony Hopkins portrays serial-killer Dr Hannibal Lecter (yes, he liked a drop of the red stuff). Of course, watching a film like that one or "Hannibal", its follow-up, is tough enough without listening to the incidental music throughout, yet it formed an intrinsic part of the film.

But Hopkins is famous for dozens of other very different movies such as "Remains of the Day", "Shadowlands", "Meet Joe Black", "Legends of the Fall" and "Nixon", all of which contain dramatic soundtracks - which has obviously given someone a very smart idea...

Anthony Hopkins and the City of Birmingham Symphony Orchestra have teamed up to present the UK premiere of a series of concerts that will feature the award-winner introducing and discussing some of the music that has featured in those landmark films, as well as having each classic piece presented in symphonic form by the orchestra itself. What better place to see Hopkins becoming host and raconteur than St David's Hall in Cardiff!

This performance will take place on 24th July and tickets are on sale now, priced at £27.50. Demand will undoubtedly be high from both film and music fans alike. Other concerts are due to take place around the country, including Birmingham on the 23rd.