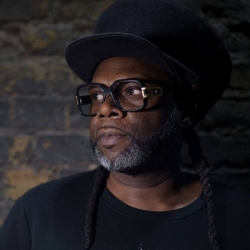 Forthcoming events from Monday onwards include a few of the biggest names in pop and rock, including the lad responsible for 'tweenies' fainting across the land like drugged kittens, plus an array of one-off concerts by stars from the world of '80s pop and soul.

His hair doesn't move an inch, but his ticket sales do - Justin Bieber is commonly known as a pop-phenomenon, the like of which we have previously only seen with Beatles, Bay City Rollers and Donny Osmond. His My World tour begins in Birmingham on Friday and Saturday, while Dublin (8th/9th March) and London O2 dates (16th/17th) have all sold out.

Ah the rise of the Bury boys eh? From struggling melodic rock band to successful melodic rock band and a Mercury Prize in almost a decade, it's been long overdue in our opinion. On Wednesday Guy Garvey and co will lift the emotional roof off the Cambridge Junction for an intimate one-off that sold out in hours. Other March dates are still up for grabs except Brighton (27th) and the O2 (28th) - £27.50.

Liam Gallagher's new band project has pretty much proven to be a worthy exercise so far. Their first album is released next week, just in time for the start of their just-about sold-out tour, the first part of which starts in Glasgow on Thursday. Brighton is the only date still not sold-out - £27.50 will secure you a standing ticket for 27th April.

Clapton's old mucker and ex-Cream bassist has lined up several spring dates in the UK, including a residency at Ronnie Scott's from 7th to 10th March. Next week on Saturday however, Bruce touches down at The Arches, Glasgow with tickets still available for £21.

All the way from Portland in Oregon (rather than Dorset) and beginning their next musical-phase is The Decemberists. They've just notched up a Top 30 album with "The King Is Dead" and will now give you a chance to sample their nu-folk charms. Dublin on Friday and Glasgow on Saturday herald the start of a tour - tickets cost £15-£18 (Bristol has sold out).

Keeping with folk-music, but nudging the gate labelled 'traditional vocalist', means demand for Cara Dillon's fresh angelic songs has steadily increased during the past decade. The Northern Irish singer begins a string of UK dates in London (at the QEH) on Friday - tickets are £22.50. Her Colchester date on 7th March has sold out.

Love it or hate it, the '80s certainly spawned some fine synth-pop bands, none more so than the recently-reunited duo of Blancmange. They've got a new album due out next month ("Blanc Burn" is due on the 7th), but they're also on tour from Sunday when they play Glasgow, followed by most of the big cities until the 15th March (London's KOKO). £16-£18.50.

James Allan and co are back with a bang and it's called "Euphoric//Heartbreak", their second album due out in April. Meanwhile the Scots will play in their home-land on Tuesday - Edinburgh first then Glasgow and London during the following nights (all sold-out). They resume their live commitments in Portsmouth on the 21st (not sold out yet!).

The Swedish pop-dance pixie is back in the UK to promote new songs plus the recent "Body Talk" album with three UK dates, starting with the sold-out Roundhouse concert on Thursday and available nights in Bristol and Manchester (tickets are £17.50).

On Wednesday you can see Propaganda's Claudia Brucken and friends celebrate her recent "Combined" best-of CD at the Scala in London. She'll be joined by Susanne Freytag (also from Propaganda), Heaven 17's Martyn Ware and Glenn Gregory, Erasure's Andy Bell and ZTT-composer and collaborator Andrew Poppy. £20.

Londoner Jazzie B fronts a swathe of one-off concerts next week as his Soul II Soul project appear at the Roundhouse on Friday (£22.50). Other exclusives include Roachford and M.O.P. at the Jazz Cafe, James Taylor Quartet at the Cardiff Globe and Detroit techno-legend Carl Craig at the Ewer Street Car Park in South East London - tickets are still available for all.

The genial and enthusiastic comedian will appear at the Hammersmith Apollo on Sunday as part of a big charity-bash in aid of Brentford's maligned Tropical Zoo. Other guests include Shappi Korsandi, Rich Hall and Marcus Brigstoke and tickets are still available for £20.

The hilarious Canadian comedy team, who have been creating the mockumentary series of the same name for the best part of a decade (although they are now concentrating on film versions), hit the UK for a string of outrageous shows from Glasgow (on Monday), through Manchester, Liverpool and London. They're all pretty much sold out apart from Scotland (£15).

The Birmingham Royal Ballet will be presenting the Jean Dauberval comedy-ballet from Wednesday to Saturday. The city's Hippodrome will host this extravagant show for £25 to £45 - Thursday's concert is sold out.

Featuring new acts and always a huge draw wherever they play, the Moscow State Circus begins a UK tour in Carlisle on Saturday, followed by more dates in Sunderland, Manchester, Cheltenham and more during the spring. Tickets cost from £12 upwards and great fun for the whole family.


The Umbrellas of Cherbourg

If charming whimsical grown-up romanticism is your bag of bon-bons, you might like to try this acclaimed adaptation of Jacques Demy's film of the same name. A West End run is on the horizons from 5th March, but on Monday the Hatfield University De Havilland campus will host this one-off performance. Tickets are an amazing £4! West End tickets are a little more, starting from £19.50.

In A Forest Dark and Deep

Neil Labute's dark and mysterious tale of two siblings who volunteer to clear out the sister's remote cottage yet find secrets and lies that were probably best left packed away. Matthew Fox and Olivia Williams star in this Vaudeville Theatre from Thursday onwards - tickets cost from £20 to £45.

Your little terrors will adore this show starring their favourite cartoon pig in real-life form. This easy-going children's stage show features songs and characters from the popular award-winning and BAFTA-nominated creation by Astley Baker Davies. The show will begin touring the UK from Saturday in Croydon, followed by stints in Southend, Dorking and many more. Tickets cost £15.50.