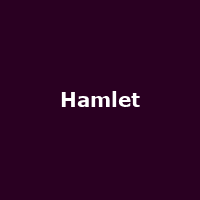 Take a stroll along the South Bank footpath on any given day and you will no doubt stumble across the stunning '16th-century' Globe Theatre. Originally built by Shakespeare's theatre company in 1599, it was finally reconstructed to modern standards in 1997. The Globe's new theatre-season may just tempt you inside for the first time - it really is a special place to see a performance, even if you are a Shakespeare or theatre newbie.

The 2011 season is named "The Word Is God" and is a 400th anniversary recognition of the completion of King James' Bible in 1611, with the emphasis on language and occasional biblical references, including a recital of passages from the aforementioned Bible right across the Easter calendar.

All performances offer a 'yard' view (standing or sitting on floor right in front of the stage) for just Â£5 - other prices quoted below are for hard seating (you'll need a cushion!).

Hamlet (23rd Apr - 9th Jul). This is an excellent choice with which to begin a season of Shakespeare's work. This most famous work tells the story of how Hamlet returns home to find that his mother has married his uncle at the expense of his dead father, with the uncle now installed as king. The ghost of his father urges Hamlet to avenge his unjust murder. Â£15-Â£27.50.

All's Well That Ends Well (27th Apr - 21st Aug). A tale of arrogance, fraud and a marriage mis-match, this comedy will star award-winning Janie Dee as the Countess of Rousillon, mother to the arrogant Bertram who sets out to distance himself from his new bride Helena after she chose him as a reward for treating the king's illness. He sets a seemingly impossible agenda for her in order to shatter her dreams and remain apart. Â£15-Â£37.50.

As You Like It (17th May - 26th Aug). One of Shakespeare's key romantic comedies tells a tale of love in the Forest of Arden, a fictional duchy in France. Rosalind has been banned from the Duke's court by close friend Frederick for accepting the attentions of another. She disguises herself and flees to find love in the most unlikely surroundings. Â£15-Â£27.50.

Much Ado About Nothing (21st May - 1st October). Unrequited love abounds in this sharp comedy from the Bard. King's Speech-actress Eve Best (until 10th Sep) and 39 Steps and Shakespeare regular Charles Edwards play the lovers who spend all their time being in mutual love but not actually getting anywhere. Â£15-Â£37.50.

Doctor Faustus The summer portion of the 2011 season is no less fascinating, beginning with a diversion from Shakespeare to Marlowe and one of his definitive works. Doctor Faustus decides to fuel his knowledge by using magic and the Devil, rather than study and being a scholar (18th June - 2nd Oct). Remaining productions include Brenton's Anne Boleyn (8th Jul - 21st Aug), which was a sell-out at the Globe last year, Harrison's short-stories sequence, The Globe Mysteries (5th Aug - 1st Oct) and Chris Hannan's modern and very adult take on mythical legend - in Essex, The God Of Soho (27th Aug - 30th Sep). These last four all cost Â£15-Â£37.50.