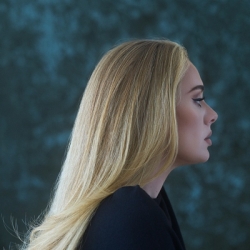 Raising a firm middle-finger to all who doubted her is South London's queen of the charts, Adele. With her second album still hogging the number one spot and the rather excellent "Rolling in the Deep" single taking many people by surprise with its powerful sound, and even Radio 1 getting behind it, the lady is surely on her way to grabbing some of the BRITs glory next year, although she's been curiously ignored for tonight's awards.

With the follow-up single mooted to be "Someone Like You", sales of "21" will continue to escalate which should ensure plenty of bums on seats for her April tour and iTunes Festival appearance in July. In addition, she has now announced an autumn tour which will start in Plymouth on 4th September, followed by Bournemouth and more, as well as two nights in both Wolves and Manchester where she will conclude the jaunt.

With the emphasis on playing in 'forgotten' towns and cities, i.e. those that haven't had Adele play before (or at least on recent tours), tickets are sure to sell-out at the drop of a trilby - you have until 9am on Friday to make up your minds, prices start at £29.50.