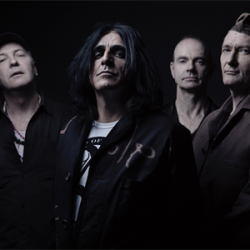 The South Bank in London is set to reverberate to the unusual sounds of the annual Ether Festival during April, billed as a cutting-edge and visually-stimulating festival of art and technology (and sometimes both). You won't find X Factor or Justin Bieber off-cuts here, just the very best of established and upcoming innovators who have flatly refused to become 'middle-of-the-road', instead opting for challenging music, sometimes beautiful, sometimes atonal but rarely tedious.

'70s punk-metal legends Killing Joke were one of the first names to be announced last week (they play 1st April), but now a few other artists have joined the Ether's ranks. British electronic and drum 'n bass musician Tim Exile, minimal techno-head Pantha du Prince, Goldfrapp's cerebral composer Will Gregory and Bleep website's man of 2010, Oneohtrix Point Never head up the contemporary field, while classical experimentalist Graham Fitkin and the London Sinfonietta opt for a less candid and more traditional approach to their respective fields. Micachu and the Shapes will hook up with the latter for an exclusive performance on 5th April.

Gregory's debut opera "Piccard In Space" is an adventure story that will be performed 31st March and 1st April while Exile presents a series of 'jamshops' where you can make music (as opposed to a few jars of cherry conserve - that's enough - Ed), as well as see him perform ground-breaking music in concert on 6th April. Pantha du Prince released one of the most interesting electronic albums last year in "Black Noise" - he will present new remixes of tracks from the album alongside his fellow countryman Apparat on 8th April.

Tickets are on sale now, with more concerts set to take place throughout the South Bank Centre from 24th March to 28th April. Prices start from £10.