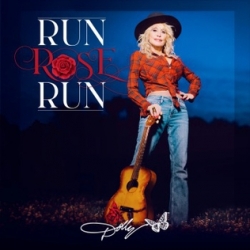 Well, hello Dolly! It's been three years since Dolly Parton last came to Britain when she sold out the O2 Arena with pretty much all of the remaining regional nights also playing to capacity.

In August and September of this year, Parton will embark on a huge world tour to promote her new album, "Better Day", making ten arena-stops around these fair isles, starting with Glasgow on 20th August, followed by the usual calling points (full list below) including a return to the O2 arena on 7th September (only one night so far - could be more). The UK leg finishes in Sheffield on 12th September - and as a real treat for the South Coast, Bournemouth is also on the list of towns and cities (6th Sep).

In the interests of financial strain and recession-hit pockets, her ticket prices are a darn sight less than they were three years ago - but still a bit keen at around the £50 mark. However, it isn't often she comes over here and with a dozen brand new songs on "Better Day" to choose from, as well as the classics such as "Jolene", "I Will Always Love You", "9 to 5" and "Love Is Like A Butterfly". The iconic Queen of Country recently turned 65, but there's no fear of a swift retirement anytime soon it seems.

Tickets will be available here this Friday (11th February) at 9am and demand is expected to be huge!