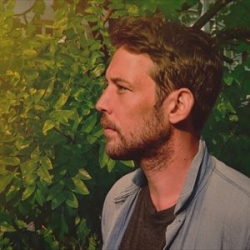 New tickets this week are slightly less frenetic but there are some familiar names appearing once more, including Fleet Foxes, The Pigeon Detectives, Black Country Communion and The View. Band of the moment, The Vaccines, have also added new venues to their UK tour.

2011 heralds the return of the angelically voiced troupe, starting with a brand new album on Bella Union called "Helplessness Blues" and just the one (so far) UK date to plug it. Fleet Foxes will play Hammersmith Apollo on 31st May and will surely sell out the venue pretty darned quick.

The buzz surrounding this band is quite incredible with just about every music critic, blog and magazine experiencing sweaty palms. Two more dates have been added to their sold-out tour - Manchester on 3rd April and Bristol on the 4th. Demand will be huge and prices will be £10 - £10.50. This week saw them begin their NME Awards Tour with Crystal Castles etc.

From band of the moment to 'sound' of the year (as voted in the BBC Sound Of 2011) and Jessie J has announced some UK dates to back up her BRIT Critic's Choice scoop. On 31st March, four days after her 23rd birthday, Jessie J plays the first of a six-date tour at Glasgow Academy, then on to Bristol (1st April) and more until Belfast on the 9th. £12 - £13.50.

The Scots have recently scored yet another Top 10 album with "...Write About Love", as well as successfully curating the ATP Bowlie 2 Festival back in December. Now, Belle and Sebastian will perform at the iconic Roundhouse on 29th May - tickets will cost £25 and demand is sure to be very high once again - first capital gig in four years, by the way

"Up Guards and at 'Em" goes the shout! Leeds' scallywags The Pigeon Detectives have announced a full tour (their first since 2008) to support the album with the aforementioned exclamation, starting in Middlesborough (28th March) and continuing until a fortnight later when they will reach their hometown on 12th April. £14 - £16.

As well as playing at this year's High Voltage Festival in London, the rock supergroup led by ex-Deep Purple bassist Glenn Hughes will embark on a short UK tour straight afterwards from 26th July (Leeds) to 30th July (Manchester). You'll have to cough up £40 for the privilege but their London and Wolves shows at Christmas were well-received.

Dundee's indie-scamps were set to play the tiny London venue The Old Blue Last this week (sold-out in nano-seconds), so their new tour in April will be greeted with glee. It runs from their hometown on 4th April, through other Scottish towns and on through to Coventry on 22nd April. There is a further London date (Shepherd's Bush - 20th) and tickets start at £12.50 (London for £14).

After the successful release of his covers album "Great British Songs", it's time to tour for the ex-UB40 man. The confirmed dates so far include Oxford on 5th May, London's IndigO2 on the following night plus other 'O2 Academy' venues around the country, finishing up in Birmingham on the 27th. Tickets cost £22.50 and more dates may well appear soon.

At last, the Minnesota-based slow-core band have announced a return to the UK (just two gigs confirmed so far though) and a new album entitled "C'Mon", due out later in the spring. So far, Manchester (19th May) and Bristol (20th May) have been confirmed but there is surely some London and Scottish action forthcoming. £16 - £16.50. In a similar intensely down-beat kind-of ball-park, Mogwai have announced a Glasgow home-coming date on 22nd December - £20.

The man who asked "D'ya Think I'm Sexy" and gave us "Hot Legs" returns to the UK during the summer with a series of open-air sports-ground concerts. Norwich FC has already been on sale since last week (platinum seats already sold out) and now Newbury Racecourse (29th May) and Leeds FC (3rd June) have joined the throng. Stewart will no doubt perform "Songbook" tunes and famous hits - tickets go on sale on Tuesday at 9am.