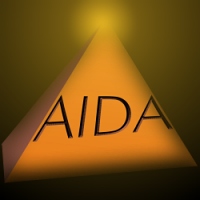 The iconic Covent Garden venue, The Royal Opera House, doesn't just concentrate on opera - ballet and dance also plays a significant role in keeping numbers up and audiences happy. Coming up in the spring is another quality basket of goodies, ranging from classic Verdi, Shakespeare and Rimsky-Korsakov operas to Royal Ballet signature-pieces and penguins. You read correctly...

Tickets for the performances listed go on sale Tuesday 1st February at 9am.

Aida World-renowned opera-star Roberto Alagna returns to London for a ROH treat in the form of Verdi's dramatic and fiery opera, also featuring Carlo Ventre and Latonia Moore amongst others. Naturally, it's a tragic tale and the almost-forbidden relationship between a prisoner and her captor is one of the key themes throughout this famous piece. Passionate and violent by equal turns, "Aida" runs from 11th March to 15th April (from Â£31.70).

Fidelio Beethoven wrote just one opera and, in doing so, observed all that a classic opera should include - drama, tyranny, intensity, passion and tragedy. It's a tale of light against dark, a story of a woman searching for her lost and imprisoned politically-driven husband and shocked at the injustice and treatment of him. Runs from 29th March to 16th April (from Â£27.10).

The Tsar's Bride The historically-flavoured opera by Rimsky-Korsakov features a tale of betrayal and corruption based on the actions of Russian Tsar, Ivan the Terrible. Never has a moniker been more apt - he chooses Marfa to be his latest bride, from which time her life (and others) is turned upside-down. The opera continues from 14th April to 2nd May (from Â£22).

Macbeth The original play is a Shakespeare classic and Verdi's opera shows just how perfect a match for an opera it is. Atmospheric and haunting, many famous scenes are scored exquisitely by Verdi's deft compositions throughout. The two villains, Macbeth and Lady Macbeth, Banquo, Macduff and the witches complete the picture - not surprisingly, "Macbeth" runs for a month, from 24th May to 18th June (from Â£27.10).

'Still Life' at the Penguin CafÃ© Not one but three shorter dance-pieces heads up the spring-season for ballet and dance at the Royal Opera House. The specially-commissioned "Rhapsody" has been written for two leading dancers, Mikhail Baryshnikov and Lesley Collier, by Frederick Ashton and features technical dexterity and pas-de-deux. "Sensorium" is a piece based on music by Debussy, while 'Still Life' at the Penguin CafÃ© was last performed at the ROH in 1993 and features music by Simon Jeffes (founder of Penguin Cafe Orchestra), inspiration for this work written by David Bintley. It's a timely adaptation - the new incarnation of Penguin Cafe is on the road very soon. Runs from 16th - 28th March (from Â£4.10!).

Cinderella Frederick Ashton's sublime ballet is set to Prokofiev's undoubtedly stunning score and tells the popular story of Cinders' quest to attend the Prince's ball. Only her evil step-sisters stand in her way, acting like brats and generally being obnoxious and losing suitors by the coach-load. You can see the performance from 7th April to 6th May (from Â£12.30).

Manon Other productions in the season include Manon by Kenneth MacMillan (music by Massenet) and a two modern premieres double-bill by Cathy Marston who performs the Schumann-scored Clara and the Andrea Miller's New York-piece Howl (music by Black Dice, Joanna Newsom and others). 25th - 28th May (from Â£14.80).

For the full Royal Opera House Opera and Ballet programme, see below.