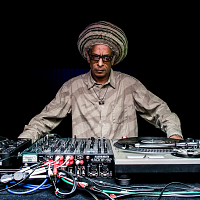 Holy moly, people - what a week, never mind Friday! We've got some goodies for you, including a big Brit-pop name, a blues legend, key '80s performers and one of the key new bands of the moment (though they might have sold-out by now!). Look at 'em, just feast your eyes and click your mouse.

Arcade Fire are coming to London's Hyde Park on 30th June with support that will be no less mouth-watering - Mumford and Sons have gathered enough of a fan-base to be an attractive proposition and they are joined by the not dissimilar Beirut (add in more French accordion, take away the rockier elements) and the band of the moment (apart from all the other bands of the moment) The Vaccines, who themselves will be touring soon - tickets will be £48.50.

For those of you who missed out on the first UK dates or don't fancy the Isle of Wight Festival on 12th June (that's sold-out as well), then this news may well have you champing at the proverbial bit - Beady Eye will embark on a separate April tour, beginning with Nottingham's Rock City on 11th April, followed by Liverpool, Dublin (two dates), Belfast, Edinburgh and many more until touching down in Brighton on the 27th. Tickets will cost £27.50 - £30 (36.60 for Dublin) and go on sale at 10am.

Buoyed by reactions to The Libertines brief reformation and appearances at Reading and Leeds, Doherty has announced an extensive solo UK tour for May this year. His lengthy tour begins in Leamington on 3rd May, followed by stops in the usual cities including Leicester, Oxford, Folkestone and many more, including a show at the Shepherd's Bush Empire on the 10th and a final stop in Leeds on the 19th, all priced around £18.

Brett and the boys sold out their O2 Arena concert in December and what's the betting they'd do the same if they were playing live again? Did we say 'if' - we surely meant 'when', because Suede are set to play Brixton Academy in the spring for three nights! They will play their first three albums on 19th ("Suede"), 20th ("Dog Star Man") and 21st ("Coming Up") with each night unveiling further classics taken from their soon-to-be-reissued albums (out in June).

Simon Le Bon and crew are gearing themselves up for a national arena jaunt in the run-up to summer. The tour will take place from 18th May until 4th June and will call at Newcastle, Glasgow, Birmingham (of course), The O2 Arena in London, Bournemouth and many more until the closing night in Sheffield. Tickets go on sale at 9.30am, costing between £30 and £55 depending on the venue.

The celebrated American singer-songwriter makes a return to the UK this summer after announcing several summer arena dates. The first stop is Manchester's MEN Arena on 7th July before calling at Birmingham, Glasgow, Dublin, Bournemouth, London (the O2) and finally (for now) Cardiff on 17th July. Tickets will be priced upwards of £50 with guests expected to be announced soon.

He supposedly played his last dates back in 2006 on a farewell tour, but couldn't be kept away from performing during the following years - including 2011! The great blues-man is back in London for the first time since 2009 (with John Mayall) on 28th June where he will perform an exclusive gig at the Royal Albert Hall. Demand for tickets is expected to be very high and you can't discount the possibility of some special guests!.

The inimitable and incredible violinist has announced a full concert tour, beginning in Oxford on 11th September, with further dates in Bristol, Brighton, London, Glasgow, Newcastle, Liverpool and finally Nottingham on 23rd. Tickets will cost £39.50 and Nigel will be performing a programme including Vivaldi's Four Seasons and will be accompanied by the Orchestra of Life and the Nigel Kennedy Band.

Mick Jones will be gathering his B.A.D. boys once more for a UK tour to celebrate the unlikely reunion of himself and Don Letts (and no doubt some album reissues). There's no denying their influence on mid-'80s pop with their sample-filled beats and you can witness why from Liverpool (29th March) to Bristol (9th April).

Touted as one of the names to watch by a few critics, Brother could well fill a hole left by the demise of Oasis - they've certainly got the swagger and the gigs to back it up with. They are also due to support The Streets on their last ever tour. Brother's new late spring UK tickets go on Thursday at 9am, priced at £6.

The Rihanna machine continues with even more additional 'Loud' arena-shows, this time at the O2 Arena in London on 13th November and Manchester on 2nd December. This makes six shows in the capital, three of them having already sold out with the 14th and 15th Dec currently available (but only just). Tickets are £40.

Kylie's upcoming UK 'Aphrodite - Les Folies' tour has just increased by one more date and this time it's Cardiff on 26th March. Previous date on the 25th is starting to sell out as well as Glasgow (30th March), Manchester (4th/5th April) and London (11th/12th April) - the rest have all sold out completely. £65 for the remainder!

For a spot of Southern rock 'n' roll, look no further than The Black Crowes who have announced three key dates in the summer (and probably not the last). 11th July sees them hit Manchester while the 12th/13th means a trip to Shepherd's Bush. Tickets will cost £31.50 - £33.50. Other tickets on sale include Warpaint (HMV Forum - 25th May), Status Quo (two summer outdoor dates in Shrewsbury and Alnwick), JLS (Swansea - 12th June) and Keren Ann (London's Jazz Cafe - 6th April).

The future looks bright for The Vaccines - accolades being thrown at them from all angles, a new album in March and a UK tour coming up. Apart from being part of the NME Awards Tour and Arcade Fire's support in Hyde Park, new Belfast (26th March) and London (7th and 8th April) dates were announced this week [London 7th April date now sold-out - Ed]- with more expected to be added as demand dictates.

For the first time the Science Museum is taking some of its most exciting exhibits, ideas and media experiences on the road, featuring interactive sets with pyrotechnics and digital-projections. The tour begins on 29th January at the West Yorkshire Playhouse, Leeds, touring to 44 venues in total across the UK until 22nd April 2011, with further dates to be announced.

Superlatives and acclaim have been levelled at this Tony-winning musical show and now Islington's iconic Sadler's Wells is set to present it for a limited period during the summer. The new venue will host this acclaimed celebration of hardship, oppression and freedom from 20th July to 28th August with tickets available now, ranging from £15 to £50 and tickets are expected to absolutely fly out (so book early!).

With the majority of his current UK arena/ concert hall tour selling-out, Bishop has announced a few more new and additional dates, starting with a biggie at the Royal Albert Hall on 21st April and additional stops in Aberdeen, Brighton, Belfast and Liverpool. All tickets are now on sale priced at £25 - £35.