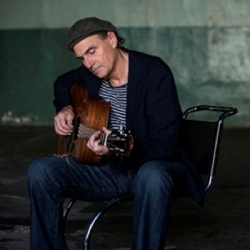 The celebrated American singer-songwriter James Taylor makes a return to the UK this summer after announcing several summer arena dates. He will bring his full 'legendary' band with him, so you can expect plenty of belters from his back-catalogue.

The first stop is Manchester's MEN Arena on 7th July before calling at Birmingham, Glasgow, Dublin, Bournemouth, London (the O2) and finally (for now) Cardiff on 17th July. Tickets will be on sale from 9am onwards on Friday. Prices are upwards of £50, so you can expect some special guests and a lengthy set (most of the shows start at 7.30pm).

Taylor's last hit-album was 2008's "Covers" project, but his repertoire spans four decades and includes classic albums such as "Sweet Baby James", "Mud Slide Slim and the Blue Horizon" and "Gorilla". "You've Got A Friend", "How Sweet It Is" and "Fire and Rain" remain his most familiar songs, but it's also his resonating vocals that draw fans back. Demand will be high for these concerts.