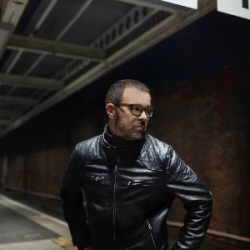 Besides the varied and teasing line-up below, this week's upcoming music treats also include sold-out appearances from Clare Maguire, Patti Smith and Marty Stuart, as well as groggy soul-singer Usher who had to be helped off stage in Berlin last week. We'll keep you posted as to his condition but his agents stress he is going to be fine for the UK dates next week. Comedy performers and clubs make a healthy showing this week, plus the theatre scene continues to wow with fascinating new productions.

Tipped as a name to watch, not least of all by us at Allgigs Towers. The upcoming new album is a belter (review up soon) and their tour kicks off intimately (with Creatures Of Love) at London's Borderline on Saturday, followed by bigger slots in Bournemouth, Manchester etc at £10 a pop.

Next week sees Scotland's post-rock instrumentalists Mogwai take to the far reaches of their homeland, covering smaller venues in Stirling (Weds), Paisley (Thurs) etc during the final week of January (they then hit the UK in Feb). Tickets are still available at around £17.

Unveiled as very worthy support for Foo Fighters' newly-announced Wembley date, Band Of Horses have a busy schedule coming up from Wednesday onwards. Newcastle is the first stop on the UK tour which includes sold-out nights in Bristol and Manchester - get in quick!

Newcastle also happens to be the opening gambit for Bryan Ferry's rejuvenated Roxy Music on tour from Tuesday. You can then catch them in Glasgow (twice!), Manchester and more until the O2 Arena on 7th Feb. £50 is the asking mortgage, er, we mean price.

The London-based have slowly come of age, not least with 2010's album "Blessed and Cursed" and that year's appearance at the Kent-based Hevy Music Festival. They head off on tour from Thursday onwards, calling at Tunbridge Wells, Plymouth and more. Colchester has sold out - the rest are £7.00-£8.50.

They hail from L.A. but they have already courted the attention of NME - the debut album "Golden Age Of Knowhere" appears next week, as does the UK tour. First stop is Bush Hall in London on Monday, followed by Bristol, Glasgow etc. Tickets are £7.50-£10.


A Day To Remember

Packing their tunes with maximum crunch and wielding a breakthrough album, is what A Day To Remember will be bringing to the touring table next week. The first stop is Glasgow on Friday, followed by oodles of city-stops including Manchester, Birmingham and finally Brixton on 5th Feb. Tickets are £15-£16 (Bristol has sold out).

The smooth electro-funk sounds of George Lewis will fill the sold-out Lexington on Tuesday, although regional stops 'up North' are still on sale (£7-£8). Think Prince, think Human League and you have the Twin Shadow sound nowhere near sewn up, but it's a start. Dates in Feb are also still available, as is the KOKO date on 11th May.

The wry twee-pop and indie-jangle of summer's children, Allo Darlin', is thoroughly worth your time and their UK tour begins in Leicester on Wednesday, followed by Glasgow, Cardiff (£5!) and more until the Lexington gives them some London loving on 7th Feb. Tix are only £5-£7.50 - one of 2011's names to watch (again, just like 2010).

One of clubbing's perennial and extroverted figures begins a brace of DJ nights in Salford next Friday, before heading down to Ministry of Sound (11th Feb) and back up to Glasgow's Arches (26th Feb). If you don't put your hands in the air, you're dead - £10 for the Venus (Salford) set (with support).

Very much a part of the golden-era of hard-house and '90s 'largin-it' is Mr Block. He's left that all behind and rather cane a load of banging tunes these days - catch him at a rare DJ night in Southampton on Saturday night at the Soul Cellar - tickets are just £10 with guests to be announced.

The Comedy Of Errors

The Greenwich Playhouse plays host to the classic Shakespeare farce about two identical twins, separated at birth by accident, from Tuesday onwards. This version has been created by the Selladoor Theatre Company and tickets cost from £10 upwards. The residency continues until mid-March.


The Shape Of Things

If the title appears to be familiar, it could be because you have seen the 2003 film version of this Neil LaBute romantic story about a quartet of Mid-West students. The Soho Gallery hosts this stage version from Thursday onwards until early March. This is a standing only venue, hence tickets costing just £8.

The UK tour of the classic bittersweet feel-good story of the W.I. ladies shedding clothes for charity, now hits Bristol from Wednesday onwards until 5th Feb. Manchester is then the next stop - meanwhile the Hippodrome tickets cost £25.50 for decent seats.

German dancer, choreographer and all-round artistic guru Antonia has been having a right old laugh, but all in the name of performance of course. Her new show explores the phenomenon of laughter at the Sadlers Lilian Baylis Theatre for just two nights on Weds/Thurs and tickets are just £15 for this show which involves a certain element of audience participation!

One of the grandest horse-shows of all-time will ride into London at the weekend, with two shows on Saturday and Sunday at the O2 Arena. Tickets for the shows start at £39.50 and for that you can expect over 40 horses performing amazing theatrical sequences throughout.

The Bolton legend is back and set to play dozens and dozens of arena shows throughout 2011. 75% are sold out, but the three Sheffield Motorpoint nights (as opposed to Phoenix Nights!) are still on sale for £35 a pop, as indeed are the Newcastle Metro gigs in Feb.

The razor-tongued writer of "Grandma's House" and ex-presenter of "Never Mind The Buzzcocks" has some 'work-in-progress' to share with us all, starting with a residency at London's Invisible Dot (Chalk Farm) from Tuesday until 15th March (weekly gigs, not every night!). It's £6 to get in and tickets are still available!

Cockney comic Micky Flanagan has sold out most of his forthcoming UK tour, including the first night in Basingstoke on Thursday. But, gaw bless im guvnor, he's added back up dates to most of these initial stops next week, of which only Coventry remains available at £14.