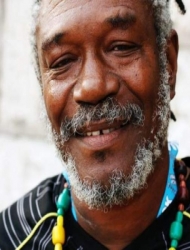 Never has an album title been more apt, yet velvet-voiced Horace Andy could probably release an album called "Murder and Bloodshed" and still sing the content as sweetly as he has been doing for nigh-on 40 years.

Having stamped his authority on '70s roots-reggae with considerable aplomb, he lulled into obscurity throughout the machine-like scatter-gun ragga and dancehall-era, before finding an unlikely source of creative solace with Massive Attack from the '90s onwards. From the band's "Blue Lines", right up to last year's rousing "Heligoland", Andy has played a contributory part on all Massive albums, with songs including "Angel", "Spying Glass" and "Girl I Love You", all of which are re-readings of previous hits of his.

Bearing in mind that Andy doesn't sing live too often these days (he turns 60 this week), what better way to celebrate his sixth decade than to catch him live? Three gigs have been confirmed for April, starting with Leeds on the 7th and followed by a double-date residency at Manchester's Band On The Wall on 8th/9th. Tickets are on sale now, priced at £20.

Umming and ahing? Just have a listen to the tune to your right, recorded with Tappa Zukie in the '70s and issued as a single - "Natty Dread Ah Weh She Want" is one of his finest deliveries, period and this is the full Zukie version with the song followed by the toast/dub.