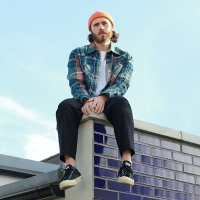 We've certainly had our fair share of strumming singer-songwriters, it has to be said. Every young pup given an acoustic guitar for Christmas wants to be the next Don McLean, Neil Young, Dylan or Bon Iver, but thankfully there are the occasional few that write mystical, memorable and melodic little numbers that are just too good to ignore - stand up, charge your glasses with something potent and salute Dublin's James Vincent McMorrow.

Having released his debut recordings "Let's Do This Thing" in 2009 and garnered a 5-star review on this very site for his self-titled November EP release, it's almost time for another tour. And blow our houses down, he's only gone and prepared the very same thing! Plus his new album will see the light of day in the UK on 7th March 2011, just in time for the gigs, plus he's been nominated for the Choice Music Prize in Ireland (sort of like the Mercury) for the same album (it's been out for ages over there - they've got taste).

Aside from playing a sold-out intimate date at St Pancras Old Church on 3rd Feb [now sold-out - Ed], he has announced a handful of concerts around the country starting with Manchester on 1st March, before covering London (at the ICA) on the 2nd, Bristol, Leeds, Edinburgh and Glasgow. Tickets are on sale now, priced at £7 - £9.

You can watch a brand spanking new promo video featuring JVM in concert and talking briefly about his treasured songs. This certainly won't be the last we'll hear of this young man, mark my words.