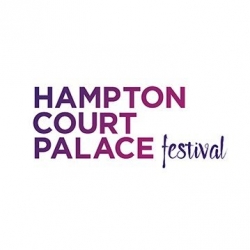 Fast-becoming a destination for high-end concerts, be they classical or pop, is South West London's glorious royal palace at Hampton Court. The annual beer and jazz festival is all set to happen during the summer, but prior to all that we have the small matter of the officially-titled pop and rock extravaganza, Hampton Court Palace Festival during June.

This year sees Canadian rocker Bryan Adams return to the UK for the first concert on Wednesday 8th June, bringing with him a veritable back catalogue including "Everything I Do", "Run To You" and "Summer Of '69". During 2010 he issued the album "Bare Bones", a live acoustic set that included several hits and new songs - expect to hear much from this. Tickets start at £60 (there are also picnic options).

Other big names include debut appearances by James Blunt and American Pie-man Don McLean, as well as a welcome return by Jools Holland and His Rhythm 'n Blues Orchestra, which this year features guest vocalists such as Ruby Turner, Sandie Shaw and Louise Clare Marshall. Ticket prices vary from £45 (Jools), £55 (Don) and the rest for £60. More names will be announced in due course.