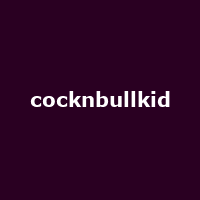 Ahead of their anticipated third LP, 'The English Riviera', due out later in the year and released through Because Music (home to the likes of Charlotte Gainsbourg, Manu Chao and Justice), London-cum-Brighton-and-Devon alt-pop quartet, Metronomy, will set off around the land over the next quarter. Chapter one of their gigging endeavours is launching next week Thursday 20th in Glasgow, via Liverpool, Birmingham, London (playing Heaven on the 25th), Southampton, Bristol, Tunbridge Wells and London. Chapter two will unfold in mid-April (by then, Joseph Mount and his mates should have tickled our earlobes with a single release) and will see the band pay a visit to Nottingham, Norwich, Portsmouth, Brighton, and more, including stopovers in Wales (Cardiff) and Scotland (Edinburgh and Aberdeen).

In between the two legs of their 'English Riviera' tour, Metronomy will perform at London's Heaven on 1st February as part of the NME Awards Show, supported by Cocknbullkid aka Anita Blay, whose debut album, 'Adulthood' is expected next month, and who tweeted just a few hours ago: "I just had the first listen to finished, mastered Metronomy album. Oh boy. It's worth the wait, people!!!" (www.twitter.com/COCKNBULLKID).

Tickets cost £11 for the first leg of the Metronomy tour (£13.38 for London) and (interestingly) just £10 for the second leg - all plus fees and on sale now.