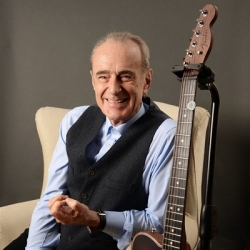 Francis Rossi has today announced the cancellation of his February 2011 UK tour. The Status Quo front-man was due to head-out on his sophomore solo tour starting in Birmingham on 1st February, but has had to cancel due to an urgent hernia operation he must undergo.

As well as Birmingham, Francis was due to appear in Manchester, Glasgow, Oxford, Brighton, Norwich and finally London. Recording commitments with Status Quo mean the dates are unable to be rescheduled, so ticket-holders are advised to obtain a refund from their point of purchase.

Rossi had this to say:

I hate to have to cancel shows and hope that the fans realise that these situations are outside my control .

In March, the singer and guitarist will release a 'Live at St. Lukes, London' album, DVD and Blu-Ray disk - recorded during his debut solo tour last year.