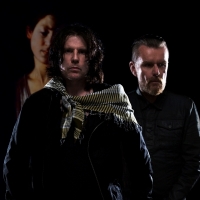 January continues to be relatively quiet, although there are still a few established names sneaking into the schedules. The theatre season continues to reveal a few new productions as well, so why not consider a play, show or musical, wherever you are. You can even witness some grown sweaty men having a good old grapple - and that's not something you see every day (unless you go clubbing on a Saturday night).

Around 30 years ago, wearing black was de - rigeur if you were a teenager in a provincial town and The Cult were one of the key bands drawn into the scene known as 'goth'. With new material looming and the classic 'Love' album to boot, Ian Astbury's troopers will begin a UK tour from Tuesday in Leeds. Tickets are still around for £28 - £30.

Manchester's prodigal sons and chums of Elbow will embark on a UK tour from Tuesday onwards, starting in Edinburgh and continuing to Buxton (still available), Halifax (sold out), York (sold out) and more until Bournemouth on 31st Jan. Tickets are £14 - £15 for the remaining gigs (Shepherd's Bush has sold out as well though!).

Starting to earn a few critically - acclaimed props for their brand of electronic and rock influence, Metronomy already have a packed diary with a tour in the spring. However, this is January and their new album tracks will fill the Glaswegian air on Thursday with further stops in Leeds, Liverpool and more. Tickets are £10.

Naming a music tour after the teenage - soap Skins was a shrewd move - take a look at the names on offer next week. Bombay Bicycle Club on Wednesday in Bristol, Katy B on Thursday in Swansea and Kissy Sell Out on Friday in Hereford - and that's just for starters! Tickets are available from the Skins Tour website and cost just £1!! (the image will take you there!).

Aw isn't that nice - Gary's celebrating his 40th birthday in Shepherd's Bush on Thursday, but giving the proceeds to charity. Actually, tickets sold out within about the time it takes type this paragraph out, but if you are feeling flush, resale tickets are available.

For the next few weeks from next Friday, Hammersmith's town hall will be playing host to a proper Burns Night Ceilidh hosted by the Ceilidh Club. For £25 (tickets still available), you get traditional Scottish pipers, dancing and a slap - up meal comprised of haggis, neeps and tatties. There are five nights in total, although 25th January (Burns Night) isn't one of them so get in quick!

The dub/reggae legend just seems to keep going, album after album, gig after gig and more power to him. On Friday and Saturday, the Jazz cafe in London will host two evenings with the man himself, no doubt offering more bonkers anthems from his bottomless vault of albums (he issued 3 in 2010 alone). Tickets are £20.43 and are still available.

The jazz and funk big boys are out and about next week, starting with Geno who plays the occasional ad - hoc concert these days. Next Friday sees him hit London's Borderline - tickets are £18.50 but are bound to sell out (it's not a huge venue). In addition, two funkateers will appear at Manchester's Band On The Wall on Sunday in the form of Ronnie Laws and Tom Browne. The double - bill costs £17.94 (less for members).

If you happen to live in the Rutland area near Uppington, then next Saturday bears the fruit of the nationally - acclaimed violinist in concert! This is a one - off chance to hear her effortless recitals of Mozart, Faure, Britten and the perennial Vivaldi favourite, "The Four Seasons". Tickets are just £19.50 - seriously, don't miss this outstanding young performer.

Bizarrely we have two plays bearing the same name, the same plot and the same opening night! However, there is a marked difference in location. London's Comedy Theatre will present the Keira Knightley/ Elisabeth Moss version from Saturday onwards (£25 upwards - a few nights available), while Stockport's Garrick hosts its version with tickets up for just £9.

If Theatre 503 in Battersea is running a play, you can bet it'll be of a decent standard and this tale about America's most notorious gangster - fugitives in the great depression is no exception. The Guardian and Venue Magazine have raved about this Adam Peck version - now you can too. Performances start on Tuesday and tickets cost from £9

It's a week of unusual musicals and Salford's Lowry will be hosting this wartime tale, starring burlesque - star Amber Topaz. She plays Maggie Brown, a cabaret star who yearns to be on the stage along with her friend George, during the East End blitz, but no - one wants to book them - until Frank appears on the scene. Tickets are from £14.

Jekyll and Hyde - the musical

Back to London now for another curious musical, this time the tale of the schizoid character who is charming one minute, gruesome and murderous the next. Familiar singer Marti Pellow (ex - Wet Wet Wet) will play the title role during its tour which begins in Bromley on Thursday - tickets are available via the box office.

Finally on the musical front, and it's off to the South Coast for a production that should keep your little munchkins happy. Hayling Island doesn't feature on our pages often, yet here we have a full - week of Robert Morley's panto adaptation of the classic tale of Dorothy and pals. Tickets have pretty much sold out, so check with the venue (Station Theatre) first.

Edinburgh has probably seen enough ice for one winter, but the Playhouse is continuing the chilly trend with the fabulous Swan Lake On Ice show, starring the Imperial Ice Stars. From Tuesday onwards, you can witness Tchaikovsky's splendid work for upwards of £14.50.

Grapple - fans can get some serious wrestling action at the Bristol Hippodrome on Friday, as part of a national short - hop UK tour. Tickets cost £15 with further events available for Sunderland and York also bookable.

The very tall and very funny Greg Davies (Inbetweeners) has a new lease of life with an extensive tour of the UK coming up in the spring, but to start with he will be playing a residency at the Soho Theatre in London from Wednesday until Saturday 29th Jan. A few nights have sold out or are close to doing so, with tickets costing £15 - £17.50 - see him, he's good.

Also appearing at the Soho Theatre is this sell - out ex - Edinburgh show from the rather perplexed Doc Brown. Perplexed because he just can't understand the point in humans - the show "Unfamous" tells his story of how his quest for fame has or hasn't changed his outlook on life. Tickets are £10.