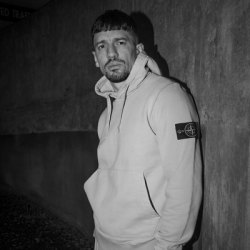 One of the leading names associated with spearheading the UK jungle and hardcore scene during the past two decades, heads up a massive night of jump-up jungle and rave at South East London's Coronet on Saturday 5th February, for which there are still some tickets left if you're quick.

DJ Hype will lead a pack of top-name DJs for the homecoming of Breakin' Science, many synonymous with keeping the drum 'n' bass scene well and truly booming. Hype himself has a few classics under his or other alter-egos, including The Scientist ("The Bee") and numerous subsequent 12" via his own Ganja label, as well as remixes and production work, most notably the killer "Super Sharp Shooter" by DJ Zinc. He has consistently performed at Fabric (and ironically enough, he's back again with DJ Friction on 28th Jan - £15 for that one)

Back to Breakin' Science Homecoming and other names to listen out for on the night include Nicky Blackmarket, Skibadee, Sub Zero and the more recent bad boy on the block, Hazard. You can check out the latter's awesome 2008 classic "Machete" right here - that'll blast the cobwebs out of your brain!

Tickets for this night of over twenty DJs is a very reasonable £20, which guarantees entry from 10pm onwards - the night, or should I say morning, ends at 7am. Nights like these don't come around that regularly and demand will be high indeed!