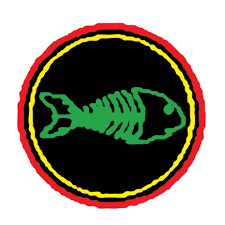 As puns go, I could have used Skaface or Never Mind the Scallops - just be thankful I didn't. Either way, it's great to see Fishbone still pumping up the funk, the punk and the deadly ska rhythms and news of new material has already been greeted with minor hysteria on their website.

To summarize, Fishbone gave metal and rock music a much-needed shot of energy with a few albums during the late '80s to mid '90s, around the same time as Red Hot Chili Peppers. However, the UK didn't take to this intense band in quite the same way as their homeland, although it could be argued that the second album, "Truth and Soul" released in 1988, was one of the fore-running hybrids of metal, ska and funk that can be found in Mighty Mighty Bosstones, Less than Jake, Skindred and Reel Big Fish tunes.

Now the band is back with new songs (they're in the studio at present) and set to play some dates around the UK, starting Southampton on 28th April, followed by Newcastle, Glasgow, Leicester, Cardiff and finally (for now) Norwich on 4th May. Prices range from £12.77 (cheers VAT-man) to £15 and are on sale now. As yet no London date has been forthcoming but we'll keep you posted!