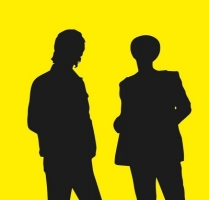 As per usual, Scotland's traditional word for New Year's Eve (and Day and the day after etc) will be celebrated by a whole host of events, particularly in the major cities. Hogmanay has become something of a commercial machine in recent years, with both Glasgow and Edinburgh hosting organized 'paid' events across the New Year period.

For something a little more traditional and less mainstream, head to the smaller towns like Stonehaven, for example, where they swing balls of fire around their heads as part of a colourful procession, quite possibly under the influence of single-malt.

Edinburgh will be hosting its own impressive torch-light procession, as well as a series of live appearances as part of the family-friendly Hogmanay celebrations. You can view a range of official Edinburgh Hogmanay events by clicking the image to the right or in the listsings, below.

So, the annual Edinburgh Hogmanay grows bigger by the year, with an impressive line-up of rock and pop luminaries such as Biffy Clyro with The Charlatans and Billy Bragg appearing together at West Princes Street Gardens. Tickets for Biffy are £35. KT Tunstall is also appearing as part of the Resolution Concert, starring herself and King Creosote amongst others for an evening of quality songwriter sets - £11 for tickets. A second concert featuring The Coral and Kaiser Chiefs will also take place in Princes Street on the same night.

As well as The Charlatans' frontman Tim Burgess performing a DJ set with Adam Ficek at the Liquid Rooms for a spot of aftershow action (£15 for tickets), there is some full on clubbing action planned for the HMV Picture House from 10pm on NYE with a full live show from tech-house star Booka Shade. With support from local DJs, this official Hogmanay after-party, hosted by Musika, will take you right into the New Year with a provisional finish planned for 5am. Tickets for the whole night cost £28.50.

Check below for further regional events.