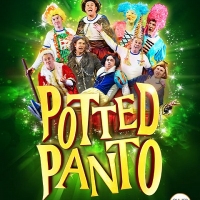 If Christmas telly leaves you feeling bloated with dissatisfaction this year and your little charmers are still poking themselves in the eyeball out of boredom, then why not take them to a pantomime in the New Year? No, not just one pantomime either - seven of them. In one sitting. One very funny sitting with discounted seats, perhaps?

"Potted Panto" is the brainwave of CBBC presenters and writers, Dan & Jeff, who have previously created similarly summarizing productions with "Potted Pirates" and "Potted Potter". Now they take on the great British tradition of the pantomime, condensing seven much-loved favourites into one side-splitting fast-paced show that brings all the stories and characters from Aladdin, Dick Whittington, Snow White, Sleeping Beauty and more.

Of course, "Potted Panto" is aimed at children but critics have warmed to it with The Guardian declaring that "there's a very real danger of children wetting themselves with laughter". Perhaps it might be best to check they've 'been' before they sit down at the Vaudeville Theatre!

The offer is: Buy discounted tickets for selected performances of "Potted Panto" for either Â£10 or Â£15 instead of Â£20 - that's a saving of up to 50%! The offer covers shows between 2nd and 9th January 2011, with Â£10 tickets valid for Tues to Friday presentations.

For full availability and tickets, click on the Book this Offer button!!