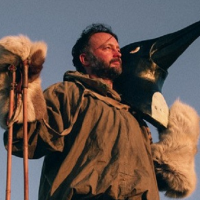 Two of the most esteemed names from the world of British instrumental music will join forces for a UK tour next year, signifying two important eras in the pairs' differing career-paths so far. Penguin Cafe and Portico Quartet come from very different backgrounds, yet share one thing in common - their unique take on roots and jazz music respectively.

Penguin Cafe originated from the 70's at a time when you either bore a mullet and a penchant for prog-rock, or you just had a mullet. Either way, playing a fusion of chamber-music, jazz, bluegrass and folk was possibly the quickest method for getting bottled off stage in the early-to-mid part of that decade, but in a strange way Penguin Cafe Orchestra proved to be more punk than folk by eschewing normality. Dressing their albums in sleeves with surreal images of naked penguins sitting under parasols, dancing cheek to cheek or playing weird instruments is certainly not usual marketing behaviour!

Sadly, founder Simon Jeffes passed away a decade or so ago, but his son Arthur has now announced another coming with a new line-up and a full UK tour in 2011. The first stop is Nottingham on 6th February, followed by gigs in Manchester, Bristol etc until Edinburgh on 21st. Tickets are on sale now, priced at around £15 - £20. Expect high demand for the Barbican date on 9th February! Members of the band include Suede's Neil Codling, by the way.

Supporting the delicate, rhythmic and beguiling Penguin Cafe is Portico Quartet, once buskers on the South Bank, now Mercury Music Prize-botherers and a leading name in the field of contemporary jazz - a perfect match for the evening, methinks. PQ are re-releasing their debut album "Knee Deep in the North Sea" in January, as a redux version with extra tracks no less.