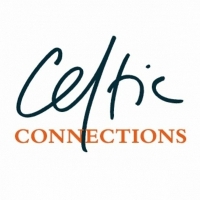 Next year's Celtic Connections global and musical tour-de-force promises to be even stronger than 2010's treasure-trove, with much of the 2011 line-up already announced. We've picked a few highlights of the first few days to whet your appetite - there are hundreds of acts playing from 13th Jan to 30th Jan but for now, check out the pick of the line-up for what has just been voted the Best Cultural Event of 2010 (UK Event Awards).

Note that there will be a free torchlight parade at 4.45pm in George Square to kick the whole thing off on the 13th!

Wales gets a larger-than-life nod this year with the recent addition of Tom Jones to the bill. Backed up by the Gospel Truth Choir, he will appear on the 17th Jan at the Royal Concert Hall for a complete rendition of his latest album "Praise and Blame", a blues and soul tour-de-force issued earlier this year. Tickets are £35 and selling incredibly fast.

Keeping it South-West is Seth Lakeman and The Fisherman's Friends and the two pair up for a special evening on the 26th at the Royal Concert Hall. Lakeman's much-improved "Hearts and Minds" album asserted his continued ascendancy as a major folk-musician and songwriter. Don't miss out - £18-£23 for tickets.

A man who has crafted exquisite and personal folk-rock poetry will take to the stage at the Royal Concert Hall on the 25th, armed with a vast back-catalogue and his new album "Dream Attic", an uncompromising set of ballads and rockers in equal measure. Tickets cost £20-£25

The first few days begin with the incredible Indian percussionist and table-maestro Zakir Hussain, complete with a huge array Celtic and Indian musicians performing under the banner 'The Pulse Of The World' (13th Jan, Royal Concert Hall - £18 upwards), which looks like the perfect way to open a festival dedicated to fusion-music.

Friday sees the return of rebel-folk-legend Dick Gaughan and Friends celebrating his 40th year in recorded music, both singing solo and gradually filling the stage with guests (14th Jan, Oran Mor - £14), as well as the reformed US rock-roots hybrid Grant Lee Buffalo, back with a far larger catalogue to delve into (14th Jan, Old Fruitmarket - £18).

On the 15th, you won't want to miss Howe Gelb with his perennial country-garage stalwarts, Giant Sand (15th Jan, O2 ABC Glasgow - £15) playing selections from their faultless back-catalogue, or the incredible Senegalese vocalist and guitarist Cheikh Lô (15th Jan, Old Fruitmarket - £16). Both of these events will be expected to sell very well.

Possibly one of the most anticipated concerts throughout the first four days comes courtesy of Glasgow melodic-rock outfit, Love and Money, who are back for one night only (their first in Glasgow for 16 years!). Expect many favourites, particularly from their top album "Strange Kind Of Love" (16th Jan, Royal Concert Hall - £25).

For the full line-up of concerts which also features The Waterboys, Fran Healy and Aly Bain, head over to the official website at www.celticconnections.com