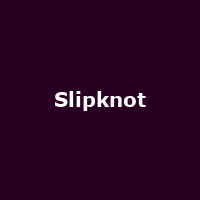 Plenty of big names to salivate over (maybe that's NOT the right term to use in some cases) in a week that saw Paul McCartney tickets sell out in 8 minutes!

The newly reformed quintet has announced a further clutch of arena/stadium concerts, as part of their "Progress Tour", starting with two extras in Sunderland at the Stadium of Light on 27th and 28th May, while another date has been added to Manchester City's ground on 12th June. As reported, the band has moved one Wembley Stadium gig from Sunday 3rd July to Thursday 30th June (tickets purchased for the 3rd are valid for the 30th), while a brand new Wembley date has been confirmed for the 4th July (tickets for the 3rd gig are not valid for this one - this is a new date).

Just to ensure that Download don't steal all of the thunder, the UK's other premier rock gathering has announced that Slipknot and Biffy Clyro are to headline the weekender during July next year. 3-Day and 4-Day tickets will cost £165/£175, with numerous other combinations available.

Katy Perry's world domination continues with yet more UK concerts planned for the tail-end of next year - The opening night for the second leg is in Sheffield on 12th October, followed by an O2 Arena gig on the 14th plus more in the usual big cities such as Liverpool, Newcastle and Nottingham, before rounding it all off in Dublin on 7th November. Tickets for this follow-up round of the "Californian Dreams Tour"go on sale priced at £27.50 upwards.

Bowling for Soup finally look like releasing their ninth album during the Spring, around the same time as their nearly-announced acoustic UK tour. "Fishing for Woos" looks like being the title and while your mind is boggling, check out their dates from Norwich (3rd April) to London (15th) - tickets are £13-£14.50 and expect a rather more acoustic show than normal.

Bell and Clarke are back with a synth-pop vengeance with the announcement of a seven-date Forestry tour (entitled 'Total Pop!') next Summer. First stop is Thetford Forest on 10th June, followed by Bedgebury Pinetum on the 11th, Sherwood Pines (17th), Westonbirt Arboretum (18th), Cannock (24th), Dalby (25th) and finally Delamere Forest (1st July) - all are priced at £34.50. Expect a greatest hits set.

Lord Of The Dance

Michael Flatley's amazing, award-winning dance-extravaganza is back! This time though it's a 2012 tour of the UK covering Liverpool, Edinburgh, Bristol and many more. Shows in Bournemouth and Milton Keynes are already on sale for £38.50, the rest are on sale from Friday. Please note that Flatley will not be appearing at these shows - it's his incredible legacy you are paying for!

A brand new tour in support of the recent album, "Love Live Life", has been confirmed, starting with Margate on 12th April, followed by Grimsby (13th), Doncaster (14th) and many more until the big one at the O2 Arena in London on the 30th. Tickets for all dates go on sale this coming Friday at 9am, priced at around £24.50, with the exception of Margate and Belfast which are available now.

Presumably there is a new album on the horizon from these boys, possibly their first UK release since 2005's self-titled success (the last album "Stir The Blood" appeared on import only to begin with). Their website is out-of-date - hopefully their tour won't be when it kicks off the first of a handful of London dates, followed by a more wider-reaching UK tour.

The Super Furry Gruffington is gradually adding more and more nights to his diary for next year's UK hop, with Norwich, London (the rather swish Cadogan Hall), Brighton and Bristol getting an add. Expect to pay £13.50-£15 for a night of stripped back Rhys in full swing.

The South London model and singer returns with a new album in 2011 and, lo and behold, a new tour which takes in Glasgow to London (with a few points in between) during the tail-end of March with ticket-prices at £12.50-£17.50. There is no title for the album but expect it to appear in March/April."

She's just issued the newie "Loud", a return to form for some critics after the relative sales-failure of 2009's "Rated R". Next year's "The Loud Tour" begins in London at the O2 Arena on 5th October and continues on to Liverpool (7th), Manchester (9th), Glasgow (10th), Birmingham (15th) and finally Newcastle (16th). Tickets will go on sale on Saturday at 9am and will cost from £39.50 (£40 London).

The US rockers are certainly getting their skates on with another two dates confirmed for next summer's tour. This time Liverpool joins the happy throng with a date on 4th July now confirmed, as well as an additional Birmingham show, this time at the NIA on the 1st. They were due to go on sale Thursday, priced at £32.50.

'The Voice' is back with a recently released album of Italian love songs and a national promotional tour next year. The Salford crooner has just added another pair of shows, one in Portsmouth (21st April) and one in Bradford (8th May). Tickets went on sale on Wednesday, priced from £25 upwards.

The first of two metal and rock heavyweights had tickets on sale from Thursday, starting with punk-metal act Senses Fail who have a full tour coming up in February, starting in Folkestone on the 16th. Tickets are a tenner, while Fu Manchu bring their special blend of stoner rock to the UK in Glasgow, Birmingham and London - again tickets are £10 upwards.

"How Not To Live Your Life" gives you some idea of what Dan Clark's act is all about. The British comedy-writer has another belt of stand-up appearances to offer you, including Ipswich, St Albans and Buxton during April next year. Tickets went on sale earlier this week, priced at £15.

When a West End show gets a further 8 months added to its run, you know just how successful it has been and how booked-up it is. The story of a young boy battling to perform ballet in the face of adversity (bullying, discrimination etc) will continue to dance on at the Victoria Palace Theatre until 17th December 2011. Tickets cost from £19.50.

He's been on TV ('The Inbetweeners'), he's won awards with his sketch-group (We Are Klang) and he's also hilariously droll. You need a bit of Greg Davies in your life and now you can with his expanded debut tour next year - tickets for Edinburgh, Manchester and Cardiff (amongst others) are now on sale at around £15.

Brooklyn's toughest rap/metal fusion band are back with what could be the start of a wider-reaching tour, starting with one on-sale for Portsmouth's 20th March concert at the Wedgewood Rooms. Tickets will cost £13 - keep them peeled for more additions to the calendar!