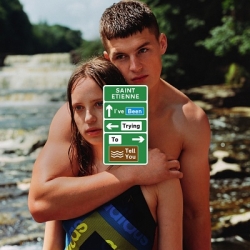 With many of us holed-up at home for the past few days, with the incessant snow piling-up, it's come as no surprise that many gigs have been cancelled or postponed.

Yesterday, New York's Scissor Sisters managed to get to the Brighton Centre for their gig only to be told that the gig was being pulled for safety reasons (with the concern being for the travelling public). They have now arranged for the gig to take place from 4pm ahead of their evening gig on Sunday 12th December. Support for both gigs comes from Saint Etienne, and both are sold-out. At the time of writing, tomorrow's special 'Little Noise Sessions' London gig is still going ahead, though tickets for that have also sold-out.

Urban pop star Iyaz has also cancelled his pretty-much sold-out UK jaunt, which was due to start this Sunday with a double-header at the Coronet in south east London.

Naturally, Scotland has the biggest casualty lists, what with it receiving over one metre of snow in some parts. Paul Weller's Sunday AECC date has been postponed, Dodgy's trio of Scottish dates from tonight until Sunday in Stirling, Dunfermline and Dundee have all been cancelled as has tonight's Glasgow date for The Heartbreaks. Also cancelled are Gallows' Hastings date tonight, Madness' Hull gig and The Crookes in Bath, Blue Aeroplanes' Bristol gig tonight and The Vaccines' Stoke gig tomorrow.

Further ahead, Heaven 17 were due to play a special gig at the beautifully-named Devil's Arse in Derbyshire on Friday 10th December, but that has also now been cancelled.

We'll bring you news on rescheduled dates as soon as we have it!