The Week Ahead from Monday 6th Dec 2010: Kings of Leon, Suede, James, Bullet for my Valentine, Deadmau5, Fatboy Slim and more 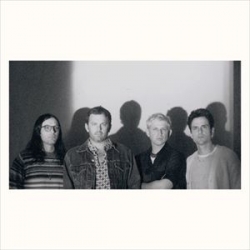 Last week's tours and shows were described by us as "cracking". Well, we need a better superlative for this one, with it featuring performances by Kings of Leon, Suede, James, Bullet for my Valentine, Katherine Jenkins, Deadmau5, Fatboy Slim and many more.

The Followills are back in the UK for a short brace of arena-style concerts, starting with Dublin's O2 next Saturday. Needless to say all of the forthcoming nights in December are sold out, although our trusted resellers have a few seats left for around £65 (!). You may have better luck with their May open-air appearances, many are still available (although premium seats are getting snapped up).

Another band who know all about selling out tickets darned quickly is Brett Anderson's boys - this one-off O2 appearance on Tuesday only has seated tickets left, priced at £30. You've got some decent support in New Young Pony Club and Suede are primed and ready to give you the hits and more, plus it's their first O2 visit.

Tim Booth is used to playing stadiums, certainly when the good times rolled in the 90s. Nowadays it's medium to large intimacy all the way and, from Thursday onwards, James will plug their "Night Before" and "Morning After" albums, alongside The Pigeon Detectives in support. Tickets are around £32.50 - Leeds has sold out though.

Absolutely huge in Scotland is Runrig, a folk-rock stadium-act who crossed over in the late 80's with "The Cutter and the Clan". Singer Jill Jackson joins the party in Dumfries on Wednesday, followed by several sold-out dates south of the border. Nottingham and Sheffield are still up though - £24 for tickets.

Once again, rock and metal plays a big part in next week's live scene, not least with this double-header tour from BFMV and Bring Me The Horizon. First date is Monday in Birmingham at the NIA and, as with all the remaining tour appearances, tickets are flying out at £22.50. Other rock artists on tour next week include Asking Alexandria (Monday onwards - Portsmouth £7.50), Hatebreed (Monday onwards - Bristol sold out, Nottingham £12.50) and also the fearsome Saint Vitus appearing at a one-off in London on Tuesday.

The Royal Albert Hall hosts a pair of special Christmas concerts next week, starring two of the world's strongest voices from the world of opera and pop, starting with Katherine Jenkins on Tuesday (very few seats left, Circle and Choir tickets cost £37.50-£40). She will present tracks from her repackaged album "Believe", while on Wednesday it's the turn of the extraordinary tenor Jose Carreras - there are still seats left for £45-£95.

There's a Mau5 in the house and the esteemed tech-house producer hits the road with electronic artist Kim Fai for the first two nights on his tour on Weds (Bournemouth) and Thurs (Leeds), before hooking up with Magnetic Man and Zane Lowe from Friday onwards. Tickets are £27.50.

Norman Cook joins in the 30th anniversary celebrations at Nottingham's Rock City venue on Sunday 12th, with an exclusive UK performance that will set you back a very reasonable £20. Also worth attending is the legendary hip-hop pairing of Pete Rock and CL Smooth, due to appear at the HMV Forum in London on the same day - Jehst supports and tickets are £18.50.

It's residency-time in London for three acts next week, starting with folk siblings The Unthanks appearing at the Union Chapel on Wednesday and Thursday. They will perform tracks by Robert Wyatt and Antony and the Johnsons - tickets are £15 for each night. The inimitable Ronnie Spector will entertain an intimate crowd at the Jazz Cafe for two nights from Monday (£26.50) while the angelically-voiced 40's-style The Puppini Sisters take up positions for 5 nights at the Pigalle Club - standing only available for £20.

Next Wednesday sees the first of two XFM WW2010 concerts kick off in Manchester, starring The Wombats, Everything Everything, The Futureheads, Bombay Bicycle Club and more - tickets are sold out, as indeed is the second fest in London on the 15th. There are some resale tickets around at £40.

It's snails raised all the way for the potentially loud Rockstar tour, starting in Birmingham on Tuesday - Disturbed, Papa Roach and Buckcherry are the key names taking part with ticket prices a reasonable £25 for all the gigs in London, Plymouth, Glasgow etc.

The upcoming December "Strings" show will be a whopper and will feature comical pianist Tim performing with a full orchestra, thus injecting melodrama and grandiose surrealism into the arm of the Minchin canon. The Australian sensation will play Birmingham on Wednesday, followed by Newcastle on Saturday and then Brighton, London, Cardiff, Manchester and Nottingham - NB: There are still tickets for the O2 gig with seats costing £40.

The Night Before Christmas

It's family festive fun all the way with many Christmas shows and pantos either continuing or starting next week, including this charming traditional tale of a mouse who decides to find out why only humans get presents. The New Ambassadors Theatre in the West End hosts the show from Tuesday onwards until Christmas Eve - tickets are £12.50-£15.

This touring show starring the sprightly elfin boy-hero, begins its run in Dunfermline on Tuesday with tickets costing from £19.50. Featuring all your favourite characters (good and bad) including Capt Hook and SMEEEEE!, the whole family will enjoy the entire classic tale acted out on ice. The next stop in January is Oxford, by the way.

CBBC's zany presenters Dan and Jeff are about to take over the Vaudeville Theatre with a whistle-stop blast through loads of familiar panto-stories, crammed into 90 minutes of fast-paced yet enjoyable mayhem - kids will love it. Family tickets cost just £15 and the performances start from the 10th Dec until early January!

The Soho Theatre is the setting for the first stage-production of the saggy old cloth-cat's theatrical debut from Thursday onwards. The 70's icon lives on with all the characters from the original TV series including Professor Yaffle, Emily and the mice! Tickets are available at £10-£13.50 although some shows have sold out already.

If the summer seems too far away and you have a thirst for bright and breezy musicals, "Salad Days" could be for you. Based in the 50's, this optimistic and magical production is choc-full of bouncy good-time songs and not a care in the world - apart from the upright piano which needs looking after. Riverside Studios in Hammersmith hosts the 8-week run, prices start at £20-£25.

London's 'little opera house', the King's Head Theatre, presents a contemporary and alternative take on Puccini's "Madam Butterfly" from Saturday onwards. Based in Bangkok, the opera will play from the 11th December until 23rd January with tickets costing from £13.50 - £15.30.

The Welsh male voice choir and winners of the TV series "Last Choir Standing"heads out on tour from Tuesday onwards, playing their home turf of Aberystwyth and Swansea first. You can be guaranteed plenty of Festive cheer - it's a Christmas concert-series and tickets cost from £20 upwards.

All over TV during the past has been Lenny Henry - and here's one of the reasons why - Rock With Laughter kicks off for two nights in his hometown on Friday/Saturday and also stars Beverley Knight and Ed Byrne plus many more guests. Tickets are still up for sale at £27.50 but don't hang about!