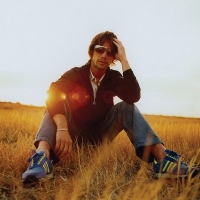 The multi-platinum award-winning Jamiroquai may not have cracked the Top three of the album-charts for the first time since their conception, but chart positions speak very little these days about a band's popularity and, to all intents and purposes, "Rock Dust Light Star" is business as usual for Jay Kay and co - which is pretty good indeed.

With a new single set for release in the New Year, entitled "Lifeline", Jamiroquai are preparing to ramp up activity for 2011 with quite a bit more than a digital download with the announcement of four special arena dates during April next year, beginning with the O2 Arena, London on the 15th and followed by Birmingham on the 17th, Manchester (19th) and finally Glasgow (20th). You can predict additions to the tour (maybe Cardiff and Newcastle), but for now this quartet will go on sale this Friday at 9am.

Prior to all this, Jamiroquai release "Blue Skies" as a digital single next Monday, the video for which you can see right here without a sign of any snow!