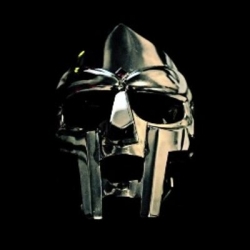 You all know how eclectic and fascinating some ATP festivals have been, right? Previous weekends and one-offs have attracted the likes of Sonic Youth, Godspeed You! Black Emperor and Animal Collective (for this year's shindig in May - tickets are still available).

In addition to the standard ATP and Bowlies already running on a bi-annual/annual basis, the organisers have announced "I'll Be Your Mirror", a sister event designed to be hosted in various different cities around the world. The inaugural event is set to take place in Tokyo in February but, guess what, there is also a confirmed London version - and it looks just a bit tasty.

Joining that long line of organisers and curators is Portishead, who have been selected to curate the event due to be staged at the Alexandra Palace in North London, chosen for its iconic association with ATP founder Barry Hogan. The Bristol band will headline both nights on 23rd and 24th July, supported by a raft of equally eclectic acts including Company Flow, The Books and Factory Floor (Saturday) and Swans, Liars and Beach House (Sunday). DJs and further acts to be announced.

Tickets for each night will cost £59, or £100 for the weekend and go on sale from Friday.