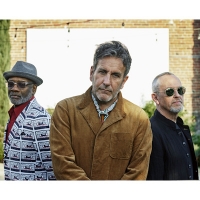 During the early 1980's, political and social commentary extended far beyond the Andrew Marrs and various Dimblebys we have nowadays - it existed in music to a pretty intense degree. 1981 could be argued as the day the country died - regular rioting and a royal wedding (Charles and Diana) were not an ideal situation, but was unavoidable no matter where you lived.

2011 could also be significant for all the same reasons - The Specials have announced a mammoth UK tour during the autumn, possibly sound-tracking another year of unrest and another royal coupling. The tour starts in Wolverhampton on 11th October, continues via Manchester, Hull, Plymouth and, of course, home-town Coventry before hitting London's Alexandra Palace on 3rd November (with several more stops in-between). Tickets will cost around £35 with support acts still to be announced.

30 years ago, The Specials reached number 1 for three weeks with the darkly prophetic and poetic skank, "Ghost Town". It remains one of the most impressive chart-toppers of all-time - it was preceded by Michael Jackson's "One Day in Your Life" and succeeded by Shakin' Stevens "Green Door" - enough said. You can expect this classic, plus their other barn-storming tunes such as "Gangsters", "Rat Race" and "Too Much Too Young" throughout the evening.

Their vociferous and blazing live performances have proven to be lucrative - their last tour in 2009 sold out in weeks, so don't miss out on this one, especially with Terry Hall back on vocals.

Tickets will be available here next Friday (3rd December) at 9am.