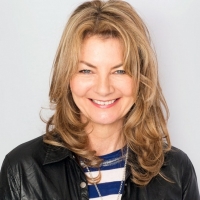 Kingston's Rose Theatre is set to host a double dose of great comedy nights next year, in aid of the Target Ovarian Cancer charity, supporting the Linda Smith Memorial Fund. Ovarian cancer claimed the life of the much-loved comedian and writer Linda Smith in 2006, hence the choice of organisation set to benefit from proceeds from these nights, both starring some of the biggest names in comedy and Linda's closest friends and collaborators.

The first evening on 27th February will feature Phill Jupitus as your compere for the evening, with Jo Caulfield, Sandi Toksvig, Maureen Lipman, Barb Jungr and Jenny Carr, while the second night on 6th March is compered by Jo Brand and features impressionist Rory Bremner, John Hegley, Ian Shaw and Mark Thomas.

Whilst the evenings will potentially be a hilarious gig, the underlying purpose is to support Linda's posthumous fund, created after her untimely death. Smith was most familiar to Radio 4 listeners as she revealed her razor-sharp wit on programmes such as "Just a Minute" and "I'm Sorry I Haven't a Clue", as well as appearing on TV's "Mock the Week", "QI" and "Have I Got News for You". A worthy pair of evenings for sure and within the M25 limits.