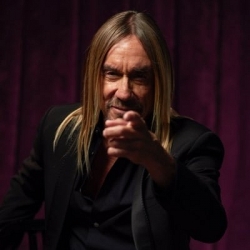 The mighty snapper, Mick Rock is showing off his work of splendour in the Eastside of London. Soberly but explicitly-titled, 'Rock: Music', is retrospective exhibition of some of the most timeless and enduring rock icons, from his first high-profile subject in David Bowie then Ziggy Stardust (of whom he was the official tour photographer), to lunatic extraordinaire Syd Barrett, pouty bombshell Debbie Harry, Talking Heads, Queen or the darkly geniuses of Lou Reed and Iggy Pop, among many others. A great part of these visuals are extracted from Rock's new book, 'The Faces of Rock'n'Roll', published by Chronicle Books, with a series of recent/previously unseen shots, notably of Lady Gaga and Kate Moss (mimicking 70s rock chic), also on display.

Rock's own words for this new venture: "I wanted to show people that I wasn't just about poofs and poets." [The Telegraph] Go and see if his mission has been accomplished!

'Rock:Music', in association with Zippo, is showing at Idea Generation (E2) until 16th January 2011 - closed over the Christmas period from 20th December - 2nd January. Entry to the exhibition is free and it opens from 10pm - 6pm from Monday to Friday and 12pm - 5pm on the weekends, with late opening for the first Thursday of each month (open until 8pm).