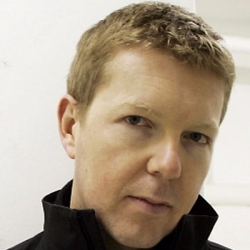 London's acclaimed and revered Fabric club has announced a few additions to its already jam-packed line-up for the autumn and winter run-in. Both the Saturday Fabric nights and Friday's FabricLive will feature plenty of big names, right through to the New Year.

The new additions to the original Fabric roster includes regulars, Craig Richards and Terry Francis on 11th December (with Radio Slave and Frequency 7 in support), the legendary Bedrock guru John Digweed on 18th December, as well as the previously announced nights with Sven Väth and his Cocoon label-night (student promo only) on 27th November and the Richards and Francis winning-combination on 20th November. Tickets are available now for these events, priced at around £15-£18.

Also coming under the Fabric banner is a Thursday night event featuring one of the greatest turntablists and producers around, DJ Premier plus a man he worked with in 2009, Royce 5'9 (he produced the Detroit-rapper's "Street Hop" project) - the date is 2nd December and tickets are priced at £15.

And so to Fabriclive on Fridays, and what a line-up! The new additions include a night of sub-bass, dubstep and breakbeats with Joker, Commix and Plastician on 3rd December (£15) and another cracking Hospitality night on 7th January starring London Elektricity, Danny Byrd and Cyantific (£15) - tickets are on sale now.

Don't forget some major nights are coming up, including some heavyweight drum 'n' bass on Friday (19th) starring DJ Marky, Grooverider, Blame and Appleblim (£15-£18), an evening of liquid jungle classics from LTJ Bukem and DJ Hype on 26th November and an earth-shaking night of RAM Records' Andy C and High Contrast on 10th December (£15). Again all tickets are available and are subject to a small fee.