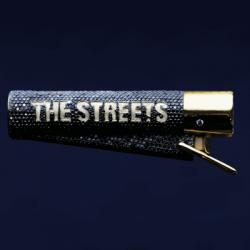 When the return of Cocker and co was announced on Monday, it was as if the great gloom and politicians had been replaced with blue skies and fluffy bunnies carrying bottles of beer, such was the reaction across the net. 3rd July will see them at the Wireless Festival in Hyde Park - £48.50 gets you a day-ticket.

The soulful smoothie is back in the UK next year, starting with Glasgow on 22nd Feb and ending in Newcastle on 3rd March - Tickets cost upwards of £36 and the tour will feature highlights from his recent "Libra Scale" album.

Mike Skinner's announcement that the album, "Computers and Blues", is to be the last Streets release will ensure tickets for the farewell tour, which runs from 20th Feb - 5th Mar will soon start shifting. Tickets start at £17.50.

Just about everybody is now aware of Elbow's 2011 tour and tickets have been selling well, particularly the London gig at the O2 Arena (28th March) - it's sold out, hence the additional concert on 29th March - don't miss out this time and expect to pay £27.50.

February heralds the start of the weekly-magazine's tour of its favourite indie acts, although next year, from 3rd-19th Feb, sees a slightly more adventurous line up - Magnetic Man, Everything Everything, Crystal Castles and The Vaccines head it all up. Tickets will cost £16.50 upwards.

With all the 'hoo-haa' surrounding The Libertines, Babyshambles, Roses Kings Castles et al, Carl Barât's next tour should do all right when it runs from 18th Feb - 1st Mar - tickets are from £14.

Status Quo are due on tour during the winter and now also it seems is Francis Rossi, in support of his recent jeans-tightening album "One Step at a Time". From 1st to 8th Feb, Rossi will cover most corners of the country - tickets are £19.50 - £25.

Talking of the more mature rockers amongst us, Journey headliner a triple-bill tour starting in June next year at the Wembley Arena (4th) and continuing to other big cities. Styx and Foreigner also join the bill and tickets cost from £40.

Kerrang! loves Futures big time, as do a lot of people and their new 2011 jaunt, which starts on 26th Feb and ends on 11th Mar, should sell pretty fast. Tickets are a very reasonable £7.50 upwards.

Perennial Scottish-rockers come and go, but Big Country are just simply coming to a town near you, yet again - new April dates from the 8th to 17th were announced and added to their earlier Winter gigs this week, priced at £20 (or £22.50 for Shepherd's Bush).

The US songwriter has recently released a new album, co-written with "High Fidelity"-writer, Nick Hornby - his February tour will promote the resultant "Lonely Avenue", with prices around £25. Note that Manchester and Sheffield go on sale this Saturday.

Holy tickets, how cool is this? A real-live Batman show with acrobatics and lights and evil enemies and Gotham - oh, it's all too much. The production hits arenas in major towns from 20th July to 8th Oct and tickets are from around £20 upwards (depending on seats).


Torvill and Dean - Dancing on Ice

The new series of Dancing On Ice will hit our screens during the post-Christmas lull, with the winners/competitors tour beginning under the guidance of Torvill and Dean in April and covering several arenas. Tickets average at around £42.50 (with some cheaper ones available at certain venues).