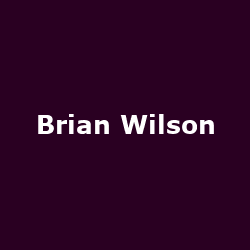 It's rumoured that ex-Beach Boy Brian Wilson was asked to record an album of Disney classics, seeing as he records for the label of the same name [he turned it down as he didn't want to seem a bit Mickey Mouse? - Ed]. But Wilson has always had Gershwin [not Georgia? - Ed] on his mind and the estate of the late songwriter agreed that it would be a great idea, with the resultant release being called "Brian Wilson Reimagines Gershwin".

The album appeared in August this year and features ten songs plus two arrangements of "Rhapsody in Blue", acting as an intro and an outro to the set. It's his first studio project since 2008's "That Lucky Old Sun" which originally debuted at the Royal Albert Hall the year before.

Another "Royal" venue stages the latest set, but this time it's the Royal Festival Hall which will host three nights as part of Brian Wilson's forthcoming UK tour next autumn. The six concerts begin with a stop in Glasgow on 11th September, followed by Manchester (13th), Birmingham (14th) and finally the Royal Albert Hall (16th-18th). Tickets cost around £45 (starting at £35 for London Balcon seats) and are available now for the Glasgow and London dates - tickets for Manchester and Birmingham go on sale Friday at 9AM. Although the dates aren't until next year, it's likely demand will be high.