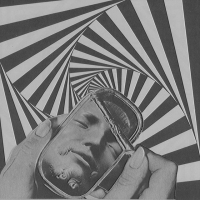 It's been a couple of years since the inimitable rap-star Busta Rhymes played in the UK and, just as it looked like 2010 would continue this state of affairs, he announces an exclusive London date for December. Once again, Elephant and Castle's Coronet has pulled the rabbit from the hat by confirming Busta Rhymes' appearance at the venue on 7th December.

Tickets for the concert, which will also feature special guests in the form of Jehst and Shortee Blitz, are on sale now priced at £25. There are more guests to be announced.

Rhymes burst onto the scene some 15 years ago with the classic party-banger, "Woo Hah! Got You all in Check" and continued to sporadically spark up a dull Top 40 chart rundown with "Fire it up" (you remember, the one with the Knightrider sample), "It's a Party", "Gimme Some More" and even a duet with Janet Jackson, "What's it Gonna Be".

This year he has continued to keep his artistic-management profile up with the formation of his label Conglomerate Records, with a view to releasing his own work, starting with an album tentatively-titled "Extinction Level Event 2" soon.