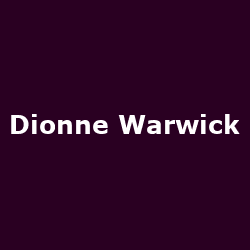 It's been estimated by The Hunger Project (www.thehungerproject.co.uk) that nearly 20% of the world's total population is living in poverty and going hungry, a sad and sorry fact that's merely the tip of a very large iceberg. 20,000 people die every day from hunger which basically means that the equivalent population of London dies every two years. Food for thought?

World Hunger Day has been created in order to draw attention and awareness to The Hunger Project, a global non-profit organization that "seeks to inspire people in both the developed and developing worlds to show their solidarity and support to enable many more to end their own hunger and poverty and make the journey to self-reliance". The aim is simple - to empower people and end hunger.

London's contribution is a huge gala concert due to take place directly after a yet-to-be-finalised briefing seminar featuring 200 delegates and project-leaders in Central London. The concert itself is all 'good-to-go' with big-star names giving their time over to raise funds and awareness and keep the ball rolling.

The Victoria Apollo will host the gala-concert on 9th January with tickets on sale now, priced at £36 upwards (plus fees) and the names confirmed include Warwick herself plus the Queen of Musicals, Elaine Paige, UK soulstress Mica Paris, US soul-star Natalie Cole and several other guests to be announced. The London Community Gospel Choir and Southbank Sinfonia will also be in full support for a night of powerful voices with a powerful message.