Do you remember the first time you saw Pulp? see Jarvis Cocker and the band again at wireless 2011 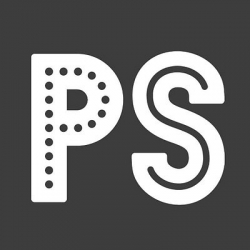 I woke up this morning, I was cold in my house, the wind was a-howling and the rain is pouring down, but Pulp are reforming... It may have started as a blue Monday but a little chink of light has speared through the grey clouds - Jarvis Cocker and his merry band of musicians have announced their reformation for a few festival appearances next year. Now doesn't THAT sound good? Time to put on that 'Lipgloss' and get 'Sorted For E's & Whizz'...

The Wireless Festival 2011 in Hyde Park will be headlined by Pulp on 3rd July (the Sunday), following on in the tradition of big performers in previous years (Pink, Jay-Z, The White Stripes and New Order have headlined before) and providing a foregone 'sold-out' situation, methinks. The original line-up will appear (although whether Richard Hawley will join in has yet to be confirmed).

Tickets go on sale this Friday at 9am and demand will be through the roof - prices will start at £48.50 (remember this will cover the whole day and support acts yet to be announced).

However, this London appearance won't necessarily be their first live performance since 2002's split - the band will also appear at the already-looking-interesting Primavera Sound 2011 Festival near to Barcelona at the end of May. Tickets will be available soon at around 145 plus fees.

Monday's aren't so bad after all!