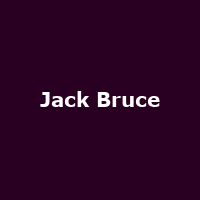 The 60's rock group Cream really were a cracking band of musicians, but the man who drove their sound through many a riff and extended rock-out was bassist Jack Bruce. Well, that was when drummer Ginger Baker wasn't doing the same, of course and when the two got together, well, it was magic.

No chance of a Cream reunion then, but you will have the chance of seeing the man and his Blues Experience Band at a few confirmed UK dates next year, including a majestic four nights at Ronnie Scott's! The first of these is on 7th March, continuing until the 10th - tickets are on sale now priced around Â£30. Tickets for the Ronnie Scotts gigs are available from www.ronniescotts.co.uk

Jack Bruce has not only pioneered how the bass-guitar is wielded within the confines of a rock band (hello Sting), but has previously collaborated with other key musicians (aside from the ones in Cream) including Bernie Worrell (the Hammond-organ wizard on many Talking Heads, Funkadelic, Parliament and Bill Laswell tracks, as well as Ginger Baker's acclaimed "Horses and Trees" album), Gary Moore and Vernon Reid.

You can witness a bit of the four-string throb right here - check out the video, above.